Apartments for rent in Scottsdale

View our guide for Scottsdale 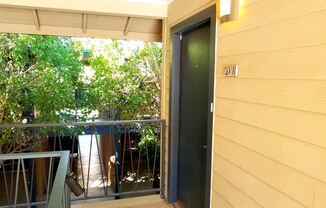 A 2 bedroom, 1 bathroom apartment with 1,025 square feet of space. This apartment allows cats and dogs and has a dishwasher, air conditioning, and parking.

A 2 bedroom, 2 bathroom property with 1,535 square feet of space. This property has a dishwasher. 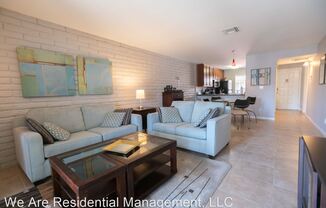 A 2 bedroom, 2 bathroom apartment with 960 square feet of space. This apartment has a washer & dryer. 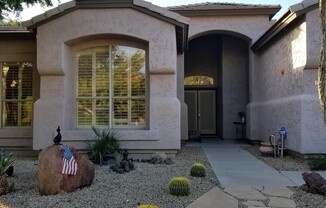 A 2 bedroom, 2 bathroom house with 1,945 square feet of space. This house allows cats and dogs and has a washer & dryer, a dishwasher, and air conditioning. 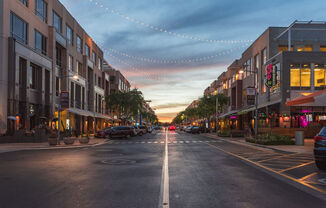 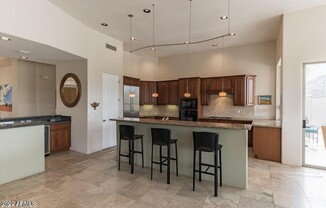 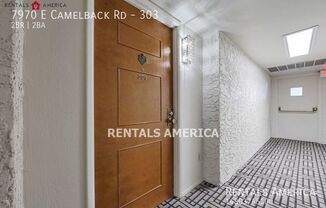 A 2 bedroom, 2 bathroom property with 1,200 square feet of space. This property has a washer & dryer, a dishwasher, and parking. 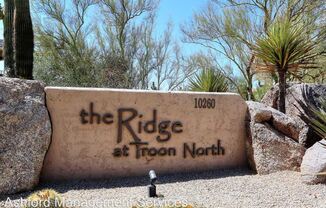 A 2 bedroom, 2 bathroom property with 1,331 square feet of space. This property allows dogs and has a washer & dryer. 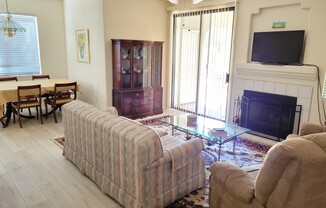 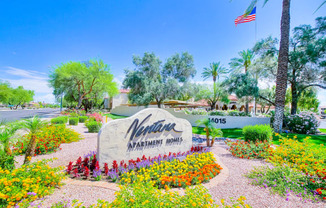 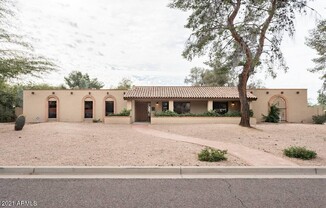 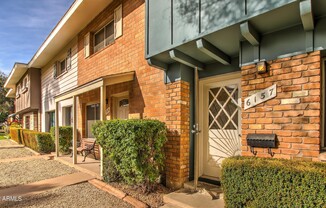 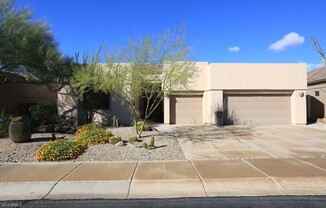 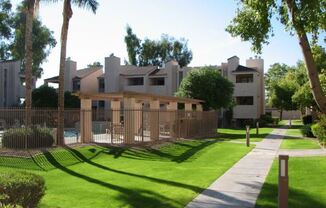 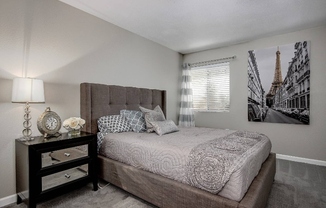 A 2 bedroom, 2 bathroom property. This property allows dogs and has a washer & dryer and a dishwasher. 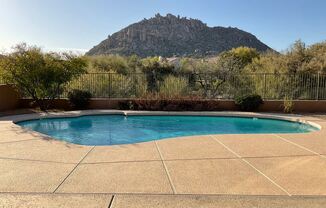 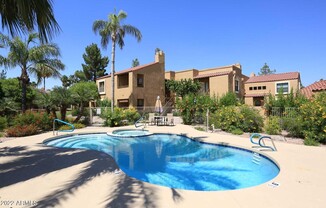 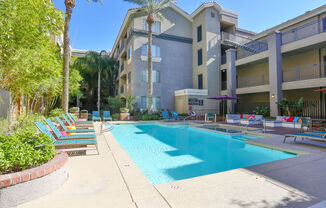 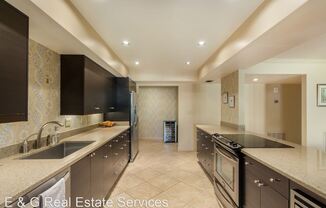 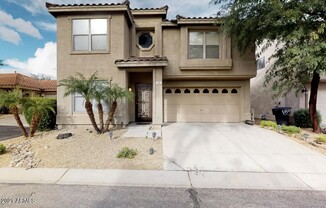 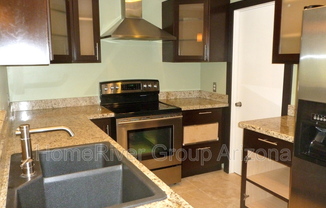 A 2 bedroom, 2.5 bathroom house with 1,410 square feet of space. This house allows cats and dogs and has a washer & dryer, a dishwasher, and parking. 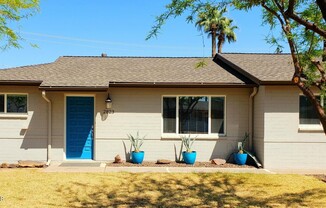 A 3 bedroom, 2 bathroom apartment with 1,684 square feet of space. This apartment has parking. 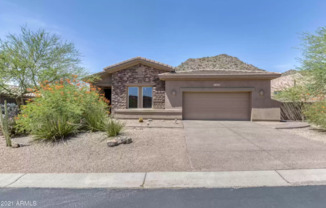 A 3 bedroom, 3.5 bathroom house with 2,709 square feet of space. This house allows cats and dogs and has a dishwasher. 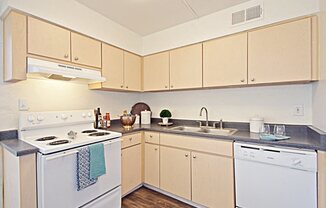 A 2 bedroom, 1 bathroom apartment with 850 square feet of space. This apartment has parking. 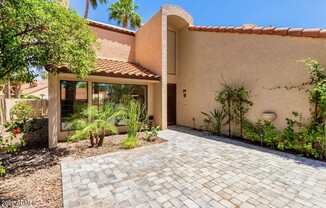 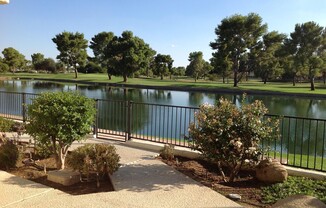 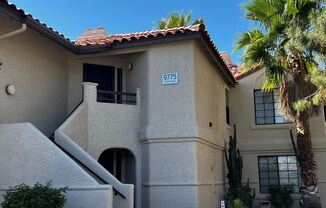 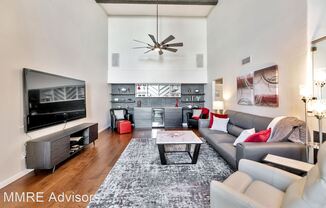 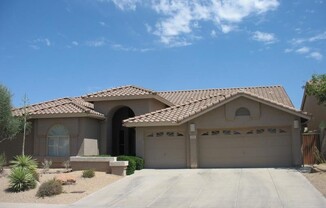 From the first light of sunrise to the glorious colors that transform the sky with every evening’s breathtaking sunset, the Scottsdale landscape never ceases to be anything short of magical. The city of 258,000 transforms throughout the day as the sunlight dances across majestic mountains, while the shadows cast by towering palm trees and Saguaro cacti create a wonderland of natural beauty. Nicknamed the “West’s Most Western Town,” Scottsdale is a suburb located in the northeast section of the Greater Phoenix metropolitan area that’s nearly equal parts residential and resort with plenty of southwestern-style charm and sophistication. Named in honor of US Army Chaplain Winfield Scott, who purchased 640 acres to farm in 1888, Scottsdale transformed dramatically over the years from a sleepy rural enclave to a popular tourist destination and one of the most highly desirable places to live in the southwest.

The Maricopa County city’s affinity for high fashion and luxury earns comparisons to Beverly Hills, but with even more natural beauty to balance out materialistic pursuits. Incorporated in 1951, the city covers 184.4 square miles, ranking it the 45th largest city in the US by landmass and the sixth-largest in Arizona. And because of the mountains that dominate the skyline, this desert city has a dramatic elevation change from 1,150 feet to 4,877 feet above sea level, making hiking both a challenge and incredibly rewarding once you reach a summit.

The summer months in both the greater Phoenix metro area and Scottsdale rank among the hottest in the nation, but for much of the rest of the year, the city has warm-to-mild temperatures. The “dry heat” average highs of 108 in June, July, and August are balanced out nicely by highs in the upper 60s throughout the winter. The gorgeous weather from November through March brings an influx of “snowbirds,” an affectionate name for people who retreat to this part of Arizona from the ice-cold temperatures of the northern states for a milder holiday season into the first months of each new year. Due to the large number of luxury resorts that call Scottsdale home, visitors come year-round, which means swimming isn’t only a summertime activity. Many resorts—and apartment properties—heat their pools in the winter and cool them off in the summer for the ultimate relaxing escape from the cool winter air or hot summer sun. And anyone tired of rainy days can rejoice in the fact that Scottsdale only gets about 7.66 inches of precipitation each year for an incredibly cheerful 314 sunny days. This is also one of many reasons golfing is a favorite sport and pastime, made abundantly clear by the more than 200 golf courses in the area, 50 of which are right inside the Scottsdale city limits.

Apartments in Scottsdale consist mostly of new and recent construction with large, resort-style communities the norm (and most popular). Common amenities include multiple pools and hot tubs, plus state-of-the-art fitness centers, clubhouses, as well as plenty of pet perks ranging from dog parks to on-site pooch spas. For those looking for more affordable residential units, Scottsdale also has its fair share of older-but-well-maintained apartment buildings with spacious layouts and rents less than $1,000 per month. Some of the most sought-after neighborhoods in Scottsdale include Old Town, Gainey Ranch, Scottsdale Quarter, Scottsdale Ranch, McCormack Ranch, North Scottsdale, South Scottsdale, and Downtown Scottsdale.

Personal vehicles are the most common method of commuting to and from work, as well as general travel around the city of Scottsdale. Served by the Loop 101 Freeway and State Route 51, Scottsdale residents can quickly access highways and freeways for travel beyond the city limits, metropolitan area, and state line.

As for public transportation, Scottsdale is served by the Valley Metro bus system, which provides easy access to the Valley Metro light rail system and its 28 miles of track with more than 50 operating train cars stopping at 38 different stations around the greater Phoenix area.

Rideshare apps are popular, as well as scooter and electric bike rentals for short-distance transportation within entertainment districts and shopping destinations. Because outdoor activities are a big part of the culture here and throughout the Phoenix area, you’ll see a lot of recreational cyclists, but few people use it as a mode of daily transportation.

For far-away destinations, 20 airlines take off and land via Phoenix’s Sky Harbor International Airport with non-stop flights to 117 domestic destinations and 23 international cities — less than eight miles away.

The food scene in Scottsdale has long been a major draw for locals and visitors alike, with menus offering diverse flavors beyond the city’s official (and deliciously filling) food, chili (designated in 1994 by a mayoral proclamation, no less). Southwestern cuisine and Mexican food are easily at the top of most diners’ wish lists, but burgers, BBQ, steaks, fresh California-inspired fare, vegetarian/vegan, and international cuisines all have earned devoted followings at a variety of Scottsdale’s more than 800 restaurants.

Among the most popular restaurants in Scottsdale, Citizen Public House in Old Town Scottsdale has received much acclaim for its innovative takes on American comfort food staples, served with craft brews and cocktails. SumoMaya brings together the powerful flavors of Asia, South America, and Mexico in unique ways; Fat Ox’s chef Matt Carter takes modern liberties with Italian favorites, pairing them with wines, cocktails, and cheeses; while Prep & Pastry serves up one of Scottsdale’s most beloved brunches, highlighted by warm pastries and creative cocktails.

Nightlife thrives in Old Town Scottsdale, as well as newer entertainment districts such as Scottsdale Quarter and Kierland Commons. Like in Phoenix, patios are highly desirable places to kick back and spend some time with friends over drinks and food, and generous happy hours exist as a block of time most days (typically during the week) to sample a restaurant’s fare at deep discounts. Merkin Vineyards is a fun place that serves up local Arizona wine, as well as locally sourced foods. The Clubhouse at Maya brings the party to town during daytime pool parties. Culinary Dropout’s yard games, clever cocktails, and ice-cold canned beer make it a go-to celebratory destination, too. And speaking of beer, Scottsdale is home to more than 30 craft breweries.

Shopping could be considered a sport for many in Scottsdale with its wide variety of retail-therapy destinations. Scottsdale Fashion Square is the must-visit destination for upscale shopping, from Gucci to Louis Vuitton. Open-air shopping concepts are hugely popular, too, with Scottsdale Quarter and Kierland Commons among the top recent additions to the retail landscape.

National brands can be found throughout Scottsdale for major purchases from furniture and technology to major appliances, as well as nearby Phoenix and suburbs such as Mesa and Tempe. The Tanger Outlets in Glendale and Phoenix Premium Outlets also draw the bargain-seeking crowd eager to score big on iconic brands.

Outdoor adventure tops the list of activities for many a Scottsdale resident, with the Sonoran Desert serving as nature’s amusement park, bursting with options for novices and experts alike. ATV tours, paddle boarding, kayaking, horseback riding and other equestrian pastimes, and hot air balloon rides all get the adrenaline pumping in different ways — but always with spectacular scenery. Among the numerous hiking and biking trails, the McDowell Mountain Preserve Gateway Loop serves all skill levels with incredible views and plenty of fresh air. Many of the big resorts welcome locals to their sprawling water parks to enjoy the watery retreats, as well as a variety of poolside amenities and world-class spas. Golfers can work their way around more than 200 courses in the greater Phoenix area and Scottsdale itself has 50 golf clubs and courses within its borders, including highly-regarded public options such as Troon North, Grayhawk, and TPC Scottsdale.

Must-see attractions include world-famous architect Frank Lloyd Wright’s winter home, Taliesin West, a UNESCO World Heritage Site and National Historic Landmark filled with interesting stories of the man who created it. The Scottsdale Museum of Contemporary Art has permanent collections and rotating exhibits. Wonderspaces has a curated collection of 13 temporary art installations that change out often (and are complimented by signature cocktails). The Arizona Boardwalk is home to several attractions, too, including OdySEA Aquarium and Butterfly Wonderland.

Scottsdale is also less than a 90-minute drive to a half-dozen, about 4.5 hours to the Grand Canyon, three hours to winter skiing at Arizona Snowbowl in Flagstaff, and only two hours to the breathtaking Red Rock State Park in Sedona, Arizona. During the spring, Scottsdale hosts Major League Baseball teams at the MLB Spring Training facility, Scottsdale Stadium. It also plays host to the San Francisco Giants each spring, too. And the Scottsdale Jazz Festival, Elevate Music Festival, and Scottsdale Wine Festival are exciting events that bring in people by the thousands.

What is the average rent in Scottsdale, AZ?

If you're apartment hunting in Scottsdale, here's what to expect: the average rent in Scottsdale is currently $4,500, with apartments ranging from $1,402 to $18,000 per month. There are more than 633 Scottsdale apartments available for rent at this time. Prices vary depending on a variety of factors including apartment type, number of bedrooms, location, size, amenities, quality and more.

How many Scottsdale, AZ apartments are priced at or below market value?

Renters looking for a great deal on an apartment in Scottsdale, here's what you need to know: According to our market analysis, there are currently 289 apartments in Scottsdale with an ApartmentAdvisor deal rating of fair, good or great.

What is the average rent in Scottsdale, AZ for a 1-bedroom apartment?

What is the average rent in Scottsdale, AZ for a 2-bedroom apartment?

What is the average rent in Scottsdale, AZ for a 3-bedroom apartment?

What are the best Scottsdale luxury apartments?

For renters looking for an upgrade, there are more than 73 luxury apartments in Scottsdale. See the full list: Luxury Apartments Scottsdale