Apartments for rent in Phoenix

View our guide for Phoenix 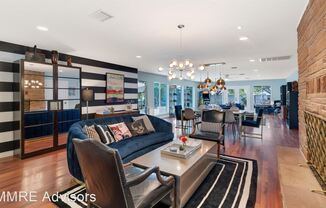 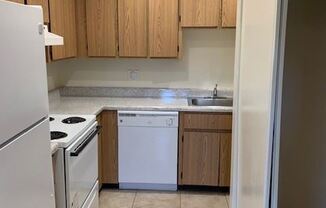 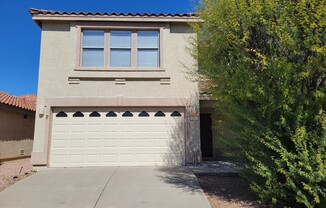 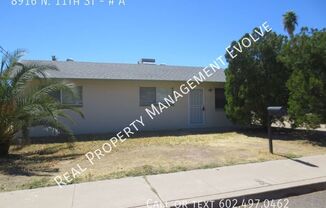 A 1 bedroom, 1 bathroom property with 700 square feet of space. 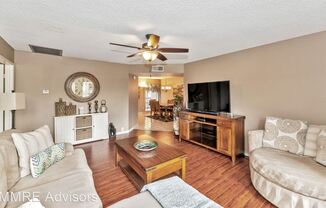 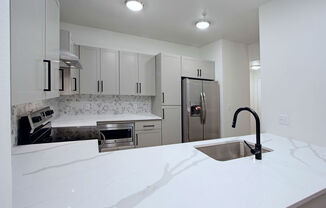 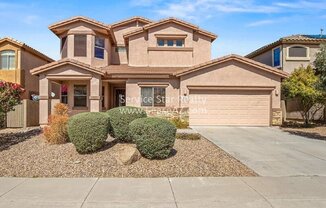 A 5 bedroom, 3 bathroom house with 2,906 square feet of space. This house allows cats and dogs and has a dishwasher and parking. 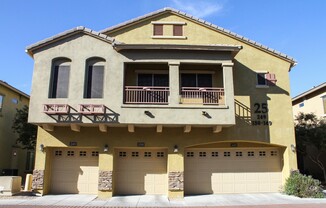 A 2 bedroom, 2 bathroom property with 1,209 square feet of space. This property has a washer & dryer. 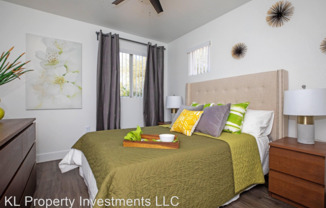 A 2 bedroom, 2 bathroom apartment with 1,178 square feet of space. This apartment has a washer & dryer. 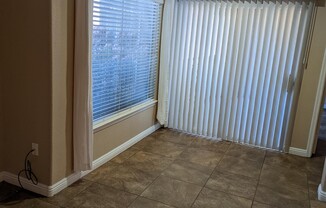 A 1 bedroom, 1 bathroom apartment with 758 square feet of space. This apartment has parking. 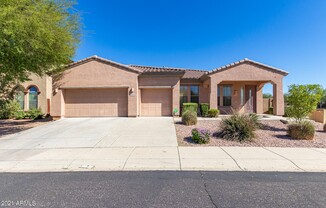 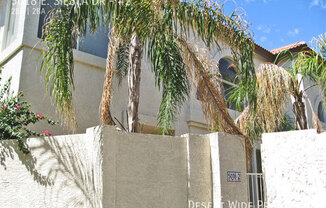 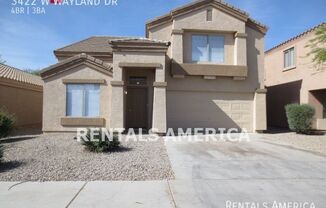 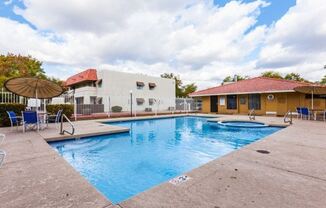 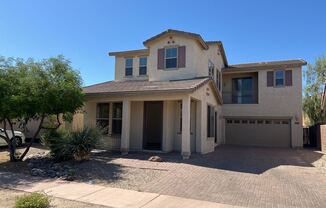 A 3 bedroom, 2.5 bathroom house with 1,958 square feet of space. This house allows cats and dogs. 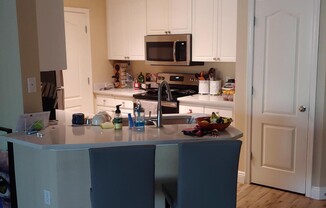 A 3 bedroom, 2 bathroom apartment with 1,412 square feet of space. This apartment has parking. 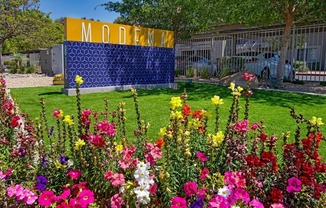 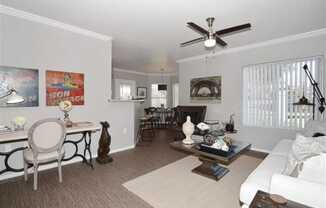 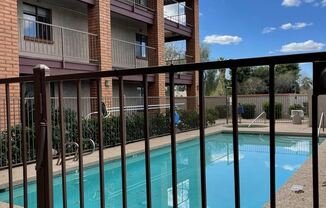 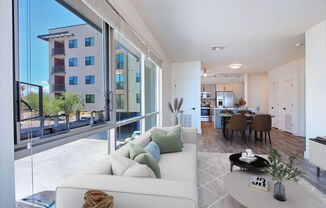 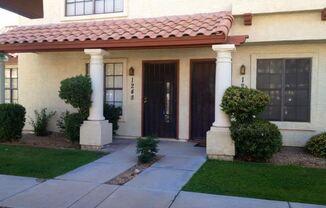 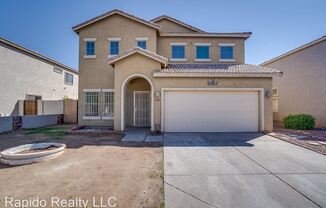 A 4 bedroom, 3 bathroom house with 3,189 square feet of space. This house allows cats and dogs. 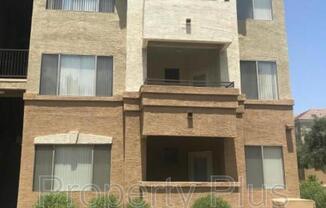 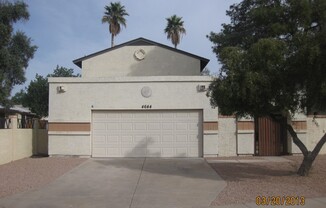 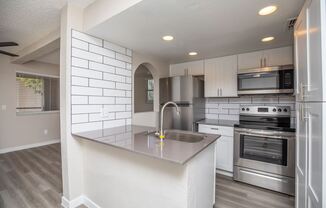 A property with studios for $1,172, and 1 bedroom units for $1,020. This property allows cats and dogs and has a washer & dryer and parking. 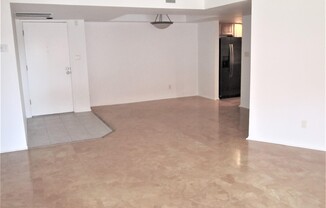 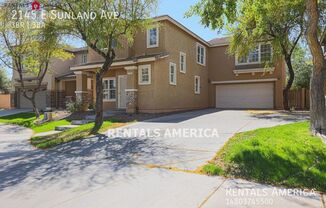 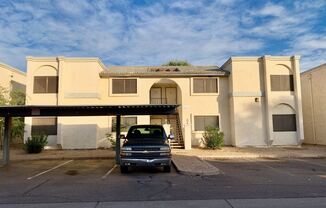 A 2 bedroom, 2 bathroom apartment with 810 square feet of space. This apartment has a washer & dryer and parking. 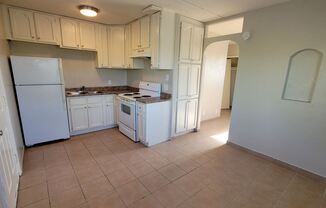 A 1 bedroom, 1 bathroom apartment with 550 square feet of space. This apartment allows cats and dogs.

Basking in the glow of the bright, golden sun, Phoenix rises from the Sonoran Desert in the shadow of rugged mountains as a major metropolis bursting with culture and opportunities. The fifth-largest city in the United States with a population of 1.6 million people in its 517-square-mile city limits, the greater metro area is home to nearly triple that with more than 4.9 million residents spread out over 2,000 square miles. Among the multiple cities and suburbs that make up this part of Arizona are Scottsdale, Mesa, Chandler, Tempe, and Surprise. The average year-round temperature is a mild 75 degrees, but summers definitely bring the heat with triple-digit highs averaging between 104-106, sometimes reaching heights of 118 or more. Low humidity helps, as well as air conditioning in every public place blasting cold air at every turn. Phoenix gets only about eight inches of rainfall each year, which leads to nearly 300 days with full or partial sunshine—more than any other major metropolitan area in the United States, according to the National Climatic Data Center.

Camelback Mountain gives residents a nice landmark that makes it easier to navigate the city once you have an understanding of where things are in comparison. Phoenix has several distinctive, sought-after neighborhoods, including Downtown Phoenix, Central City, North Mountain Village, Camelback East, Desert Ridge, Biltmore, Desert Ridge, and Paradise Valley, and apartments in Phoenix can be found in a variety of styles and price ranges. Most Phoenix apartment buildings and communities feature swimming pools—sometimes usable year-round—one of the most sought-after amenities because of the consistent warm weather.

Even though Phoenix is located in the desert, it’s less than an 80-minute drive to six area lakes for those who enjoy time on or near water. It’s also only about a 4.5-hour drive to the Grand Canyon for an iconic weekend getaway, three hours to skiing at Arizona Snowbowl in Flagstaff, or just two hours to the breathtaking Red Rock State Park in Arizona. Closer to home, within the metro area, Phoenix residents and visitors can be found at the 16,000-acre South Mountain Park with more than 50 miles of trails for hiking, biking, and horseback riding. These natural settings play a huge role in the city’s culture, as do the contributions and traditions of Arizona’s 22 sovereign tribes of Indigenous peoples. The Hohokam Indians were among the region’s earliest inhabitants and are likely the ancestors of the Pima Indians, who are part of the Salt River Pima-Maricopa Indian Community. Maricopa and Apache tribes also have a strong presence in the area.

Like most American cities, cars and other personal vehicles dominate the transportation methods utilized by Phoenicians thanks to a robust highway and freeway system that makes it easy to get around quickly. In recent years, the Valley Metro Light Rail system has become a viable alternative with 28 miles of track and 38 stations throughout the city’s most vital districts. Running from Uptown Phoenix in the north to Downtown Phoenix in the south and all the way east to Mesa, it’s a great addition to the well-established Valley Metro bus system. Because outdoor activities are a big part of the culture here, Phoenix is also very bikeable within many neighborhoods and districts, but almost exclusively for recreational purposes rather than a mode of daily transportation. For longer-distance transportation needs, 20 airlines service Phoenix’s Sky Harbor International Airport with non-stop flights to 117 domestic destinations and 23 international cities.

Phoenix has a celebrated food scene with global influences that complement—and sometimes inspire—much of the signature Southwestern and Mexican cuisines. Because of Phoenix’s geographical location, food influences come from Mexico and California, too. You’ll find fine dining options that are far from stuffy, as well as numerous local, neighborhood eateries specializing in everything from tacos and burgers to BBQ and pizza. Phoenix is also an incubator for some of the most exciting restaurant concepts that eventually find their way to American cities everywhere. Two people at the top of the culinary scene include chef Silvana Salcido Esparza at Barrio Café and chef Chris Bianco’s multiple Phoenix concepts, including Pizzeria Bianco. Hash Kitchen is a hotspot for brunch with a massive Bloody Mary bar and late-morning food classics. Over at Sheraton Grand at Wild Horse Pass, experience elevated takes on the food of Arizona’s indigenous people at Kai, the only AAA Five Diamond and Forbes Five Star restaurant in the state. Or head to the recently opened Pemberton PHX with five different restaurant concepts and multiple bars all in one roof—that of an actual house built in 1920. For cocktail time, check out the underground speakeasy-style 36 Below or hit the patio scene at Lucky Indoor/Outdoor.

The metro area is home to more than three dozen breweries, nearly as many spirits distilleries, and there is also a small-but-rising number of wineries in the region and across the state. For the best of both food and drink, check out one of the city’s great happy hours (among the best anywhere), offering deep discounts on popular dishes and beverages for an affordable way to experience new places. Of course, the abundant sunshine and generally great weather have made Phoenix a genuine patio town, morning, noon, and night. A handful of food halls offer variety and the latest culinary trends, while those preferring to make meals at home never have to go far to find a fantastic farmer’s market or grocery store in Phoenix. Trader Joe’s, Whole Foods Market, Sprouts Farmers Market, AJ’s Fine Foods, and Fry’s Food And Drug are among the top grocers in town. As for farmers markets, Arizona Community Farmers Markets operates 10 different ones around the city, while the Downtown Phoenix Farmers Market is a must-stop when exploring the central business district or as a destination all its own.

The good weather vibes of Phoenix can be found in its retail operations, too, with several outdoor shopping centers providing customers with everything from local boutiques to national luxury brands selling wares ranging from home décor to fashion items. Starting in Downtown and working your way out to the city’s smaller neighborhoods, clusters of shops can be found that are walkable between one another, too. A few indoor malls (very popular on those 100-degree-plus summer days) round out the types of shopping options. Regardless of whether a shopping center is indoor or outdoor, they’re typically dominated by big-box retailers mingling with homegrown businesses making it easy to support local and find the big-name items you want at the same time. But Phoenix and nearby Scottsdale are home to some highly celebrated upscale shopping centers, including Scottsdale Fashion Square and Biltmore Fashion Park. On the opposite end of the retail spectrum, the Tanger Outlets in the Glendale suburb and Phoenix Premium Outlets offer deep discounts on hundreds of national brands.

Entertaining diversions and exciting attractions abound in Phoenix, no matter what your preference. One of the big draws to the Greater Phoenix area is its more than 185 golf courses, easily one of the most preferred pastimes in the city, from gorgeous public courses to exclusive resorts and clubs. Other ways to enjoy the great outdoors include early-morning hot-air balloon rides, a visit to the 55-acre Desert Botanical Garden, ATV tours in the Sonoran Desert, kayaking, paddle boarding, equestrian adventures, or hiking and biking one of the numerous trails located in both the heart of the city and beyond its borders. Camelback Mountain is one of the best places to hike, especially for experienced hikers who want one of the best views of the city from high atop its peak. Many resorts also open their doors to locals to enjoy their pools, spas, and other amenities, particularly in the hotter months when fewer tourists are in town.
Indoor options include visits to the Heard Museum for Native American Art, the Musical Instrument Museum, and the Phoenix Art Museum, or settle in for opera, ballet, or a performance by the Phoenix Symphony. Several local theaters stage live productions and touring Broadway shows frequently make stops in Phoenix throughout the year. Professional sports options include home games for the Arizona Cardinals (NFL), the Phoenix Suns (NBA), the Arizona Diamondbacks (MLB), and the Arizona Coyotes (NHL), while major golf tournaments and NASCAR racing also rank high in popularity.

What is the average rent in Phoenix, AZ?

If you're apartment hunting in Phoenix, here's what to expect: the average rent in Phoenix is currently $1,947, with apartments ranging from $937 to $8,997 per month. There are more than 1,995 Phoenix apartments available for rent at this time. Prices vary depending on a variety of factors including apartment type, number of bedrooms, location, size, amenities, quality and more.

How many Phoenix, AZ apartments are priced at or below market value?

Renters looking for a great deal on an apartment in Phoenix, here's what you need to know: According to our market analysis, there are currently 1079 apartments in Phoenix with an ApartmentAdvisor deal rating of fair, good or great.

What is the average rent in Phoenix, AZ for a studio?

What is the average rent in Phoenix, AZ for a 1-bedroom apartment?

What is the average rent in Phoenix, AZ for a 2-bedroom apartment?

What is the average rent in Phoenix, AZ for a 3-bedroom apartment?

What are the best Phoenix luxury apartments?

For renters looking for an upgrade, there are more than 226 luxury apartments in Phoenix. See the full list: Luxury Apartments Phoenix

Apartments near University of Phoenix-Arizona