View our guide for East Austin 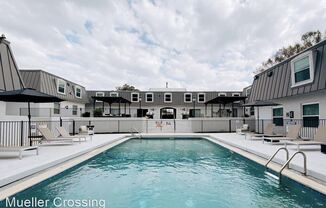 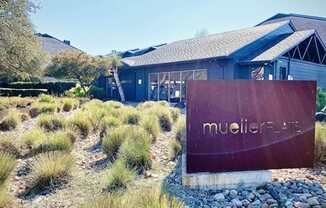 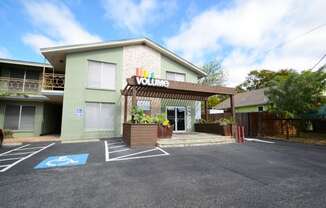 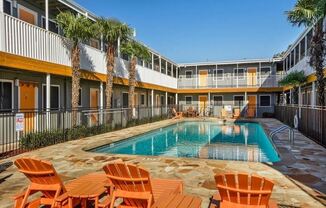 A 1 bedroom, 1 bathroom house with 700 square feet of space. 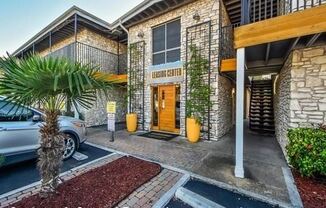 A 1 bedroom, 1 bathroom house with 700 square feet of space. This house has parking. 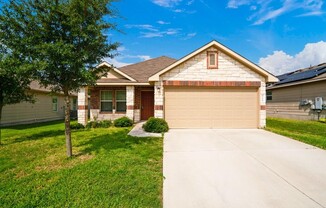 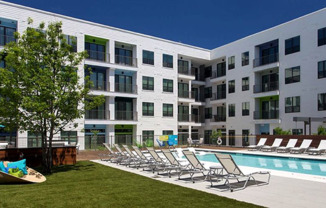 A 1 bedroom, 1 bathroom property. This property allows cats and dogs and has a dishwasher and parking. 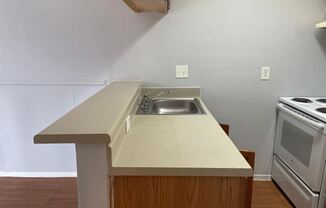 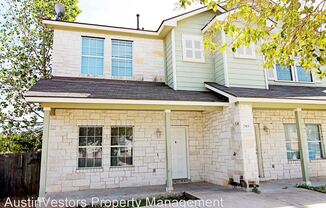 A 3 bedroom, 2.5 bathroom apartment with 1,357 square feet of space. This apartment allows cats and dogs. 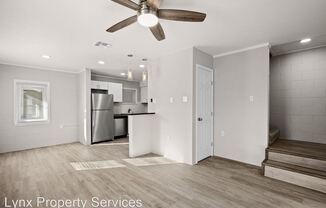 A 2 bedroom, 1.5 bathroom apartment with 850 square feet of space. This apartment allows cats and dogs and has parking. 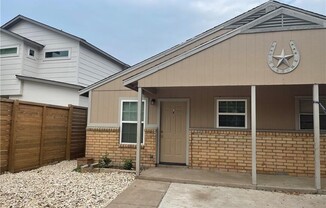 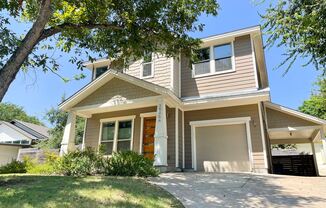 A 3 bedroom, 2.5 bathroom house with 1,890 square feet of space. This house allows cats and dogs and has a washer & dryer and parking. 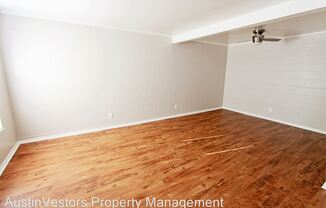 A studio, 1 bathroom apartment with 437 square feet of space. 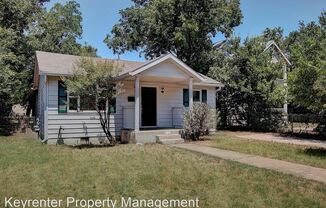 A 4 bedroom, 2 bathroom house with 1,800 square feet of space. This house has a washer & dryer, air conditioning, and parking. 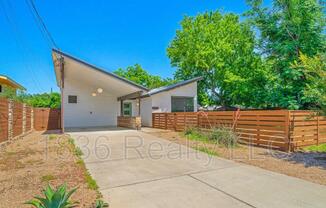 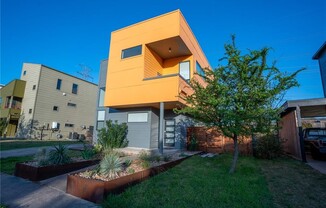 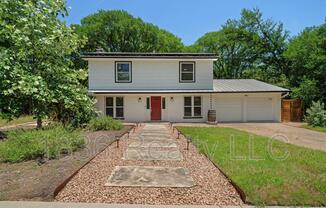 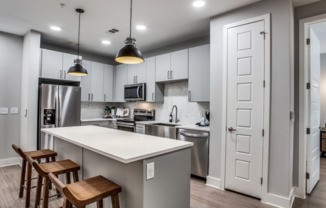 A 1 bedroom, 1 bathroom property with 748 square feet of space. This property allows cats and dogs and has a dishwasher. 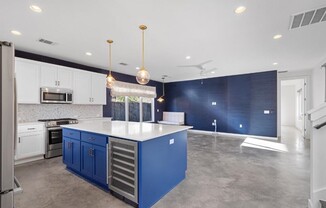 A 3 bedroom, 2.5 bathroom apartment with 1,808 square feet of space. This apartment has a washer & dryer. 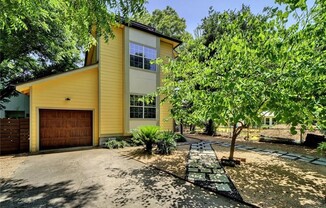 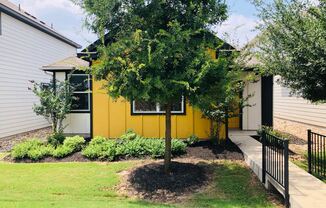 A 3 bedroom, 2 bathroom house with 1,370 square feet of space. This house allows dogs. 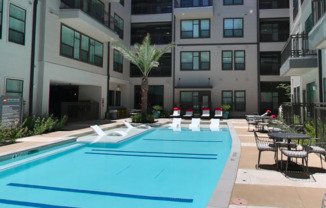 A 1 bedroom, 1 bathroom property with 688 square feet of space. 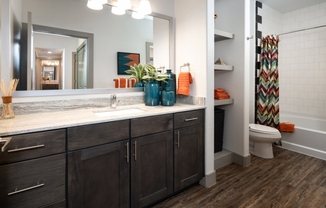 A 1 bedroom, 1 bathroom property with 702 square feet of space. This property allows cats and dogs and has a dishwasher. 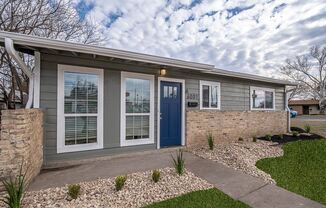 A 2 bedroom, 1 bathroom apartment with 994 square feet of space. This apartment allows cats and dogs and has air conditioning and parking. 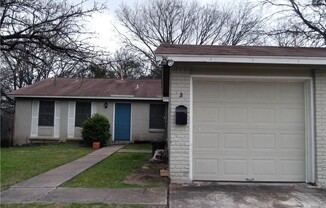 A 2 bedroom, 1 bathroom apartment with 900 square feet of space. 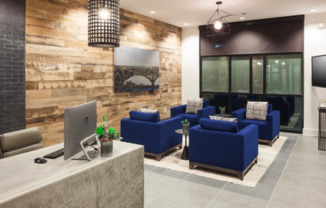 A 2 bedroom, 2 bathroom property with 1,210 square feet of space. This property allows cats and dogs. 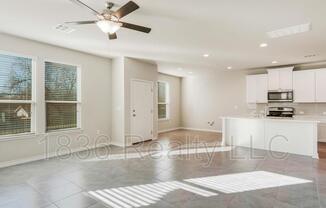 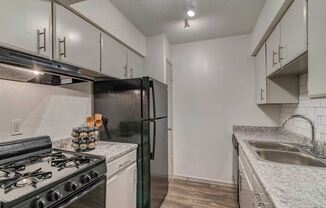 A 1 bedroom, 1 bathroom apartment with 650 square feet of space. This apartment has a washer & dryer. 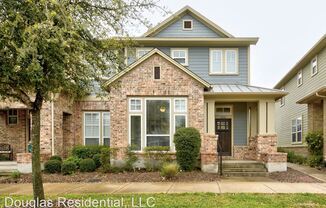 Here in East Austin, you’ll find a mix of newly constructed apartment complexes and trendy restaurants as well as early-20th-century bungalows and long-established businesses. The population in East Austin is as diverse as its buildings, with a mix of working-class families who have lived in the area for generations, plus a new generation of young professionals discovering all that this part of the city has to offer.

East Austin is separated by Interstate 35-E, which forms its western border. The area’s northern boundary is roughly along E. 51st St. until it hits the 183A Toll Road in the east. The southern boundary runs along the winding route of the Colorado River and Lady Bird Lake, often referred to as Town Lake, which was its name for many years. Popular neighborhoods in East Austin include East Cesar Chavez, East Congress, East End, Holly, and Mueller. With their proximity to Downtown Austin, the western parts of East Austin are particularly sought-after. But if you’re looking for lower rent prices, you may want to head a little further east. Of course, like much of Austin, you’ll also find apartments throughout the area commanding higher than market value. East Austin apartments range from rentals in small buildings with fewer than 10 units to sprawling communities with courtyard pools, dog parks, well-appointed fitness centers, on-site coffee shops, and other modern amenities.

Cars. Cars. Cars. And because this is Texas: Trucks. Trucks. Trucks. Personal vehicles are the top mode of transportation in Austin and come in quite handy due to the spread-out nature of the city. However, Austin does serve locals with a handful of public transportation offerings to help you get around the East Austin area, even if you don’t have access to your own personal motorized transportation. Capital Metro has several bus routes in addition to newer MetroRapid and MetroRail services that have broken ground to connect East Austin residents with Downtown Austin and other parts of the city once they’re complete. Cycling is popular throughout the city, and parts of East Austin are fairly easy to navigate by bicycle, whether it’s your own or one selected from the many bikeshare stations at key points in the area. In addition to the two major national rideshare companies, Austin locals and visitors can choose from several alternatives, including a company that utilizes only electric-powered vehicles. The increased popularity of electric vehicles in Austin means finding a charging station can be easier than in most American cities.

The region is served by Austin-Bergstrom International Airport, with an average of 350 daily flights offering nonstop service to more than 70 destinations, both domestic and international. Vonlane—a luxury bus service with only first-class seating and amenities including WiFi, on-demand entertainment, a large restroom, and food/beverage service—has a pickup/dropoff point nearby in Downtown Austin that gets people safely to/from San Antonio, Houston, or Dallas without the hassle of driving or dealing with airport issues.

The restaurants in East Austin are a big draw for residents and destination-seekers alike. Before all the new development over recent years, the area was home to some of the most fantastic, no-frills eateries in the city, especially noteworthy taquerias. Well worth the culinary adventure are Las Trancas Taco Stand, located inside a hair salon, and Tacos Guerrero near the Colorado River at the southern edge of East Austin. The food-and-beverage offerings go far beyond Mexican and Tex-Mex for a huge variety of styles and price points from which to choose. Birdie’s is a small, family-run neighborhood spot with a small, ever-changing menu that just made The New York Times list of restaurants in the country its critics are most excited about. Sawyer & Co. features a retro-style diner space with Cajun leanings. Kinda Tropical is perfect for chilling on a patio with a cocktail and some nibbles from the small food menu. Launderette is a must for weekend brunch, while Paperboy makes a mean everyday breakfast. Jacoby’s Restaurant & Mercantile doles out delicious southern fare. Oysters and wine in a restored 1950s pharmacy highlight the menu at Hillside Farmacy. Fil N’ Viet services cravings for both Filipino and Vietnamese favorites. And no part of Austin would be complete without BBQ, either, and La Barbecue serves up some tasty ’cue from a small counter inside a market. Of course, new offerings in the Mexican milieu can be found among the old-school places, too. Suerte features tamales and other masa-based dishes in a modern space; Licha’s serves Mexican staples and has a generous happy hour; and Grizzelda’s serves up its own version of Tex-Mex: ATX MEX.

Bars in East Austin are often walkable for local residents, but the popularity of many of these establishments has made several hotspots for people from all over Austin to visit, as well as tourists to the city. Whisler’s excels in handcrafted cocktails, live music, and patio vibes. Colleen’s Kitchen serves food, but a visit for cocktails only is always easily justified. For a lively scene worthy of its name, Hotel Vegas Bar and sister business, The Volstead Lounge, have excellent drinks, plus live music and DJs almost daily. Lustre Pearl East is one of three locations of a really popular local bar mini-chain. Brewery and brewpub options include Southern Heights Brewing and Central Machine Works, while Wanderlust Wine Co. features a self-serve wine-on-tap program that’s fun and different from nearly any other wine bar anywhere.

For a non-alcoholic buzz, try Palomino Coffee, Flitch, Cuvee Coffee, Wright Bros. Brew & Brew, and Try Hard Coffee Roasters. Elsewhere, Quickie Pickie (the market where you’ll find the La Barbecue counter) blurs the line between grocery store and hipster hangout for cocktails and tacos, but more traditional places for procuring fresh and frozen foods include multiple locations of H-E-B, as well as a Whole Foods Market, and indies such as Royal Blue Grocery, The Bee Grocery, and Green & White Grocery.

Quirky boutiques and vintage shops rank high among the shopping in East Austin. Charm School Vintage is one of the best resale stores in the area. EAST CO. and Take Heart are great places for home products, whereas Small World Goods offers a variety of items for both people and living spaces procured from around the globe. Corocoro offers a rainbow’s worth of colorful fair trade internationally sourced jewelry, as well as large furniture pieces. Resistencia Bookstore has a vast selection of LGBTQ, Native American, Latino, and Chicano literature.

The stereotype that Austin residents lead an active, granola-fueled lifestyle gets a lot of credibility in East Austin, where outdoor escapes lure everyday adventures from sunrise to sunset. Among the most popular places for walking dogs, cycling, skating, hiking, or simply hanging out in the sun with a good book are Northeast Greenway and Southwest Greenway, Mueller Lake Park, Patterson Neighborhood Park, Festival Beach Community Garden, Chicano Park, and Blair Woods Nature Preserve. Golfers have 18-hole public options with Morris Williams Golf Course and its downtown views and Riverside Golf Course for a more out-in-the-country vibe. The Austin Bouldering Project, meanwhile, is the largest bouldering gym in the world, with a massive 50,000-square-foot space for indoor rock climbing as well as yoga variations.

Six Square gives history buffs a look at Austin’s Black and African-American community through art, music, and walking tours. Another must-visit is the George Washington Carver Musuem Cultural and Genealogy Center, which celebrates the contributions of Black people from all over the world.
Austin-based Alamo Drafthouse has an outpost of its famed dine-in movie theaters in East Austin and is always worth seeking out thanks to its curated programming before each film, as well as themed screening parties built around classics and new releases alike, not to mention their beloved quote-along or sing-along movie events for the ultimate film-fan experience.
If you didn’t find enough live-music options (one of the many things Austin’s famous for) in the bar section of this guide, you can add Skylark Lounge, Dozen Street, and Sahara Lounge to the list.

East Austin is home to Huston-Tillotson University, which was founded in 1875, making it the oldest university in the city. Nearby with more than 50,000 students, The University of Texas at Austin plays a major role in bringing in both temporary and long-term residents. Located north of Downtown, it’s not too far from East Austin to make this area a popular place for students. Other nearby educational staples include St. Edwards University, Southwestern University in Georgetown, and Texas State University in nearby San Marcos, though the latter two are typically too far away to make East Austin a viable area for those students to live. Art institutes, trade schools, the Austin Community College District, and several smaller universities round out the higher-education opportunities in the region.

What is the average rent in East Austin?

If you're apartment hunting in the East Austin neighborhood of Austin, here's what to expect: the average rent in East Austin is currently $2,200, with apartments ranging from $996 to $5,950 per month. There are more than 118 East Austin apartments available for rent at this time. Prices vary depending on a variety of factors including apartment type, number of bedrooms, location, size, amenities, quality and more.

How many East Austin apartments are priced at or below market value?

Renters looking for a great deal on an apartment in Austin's East Austin neighborhood, here's what you need to know: According to our market analysis, there are currently 76 apartments in East Austin with an ApartmentAdvisor deal rating of fair, good or great.

What is the average rent for East Austin studio apartments?

What is the average rent in East Austin for a 1-bedroom apartment?

What is the average rent in East Austin for a 2-bedroom apartment?

What is the average rent in East Austin for a 3-bedroom apartment?

Apartments near The University of Texas at Austin