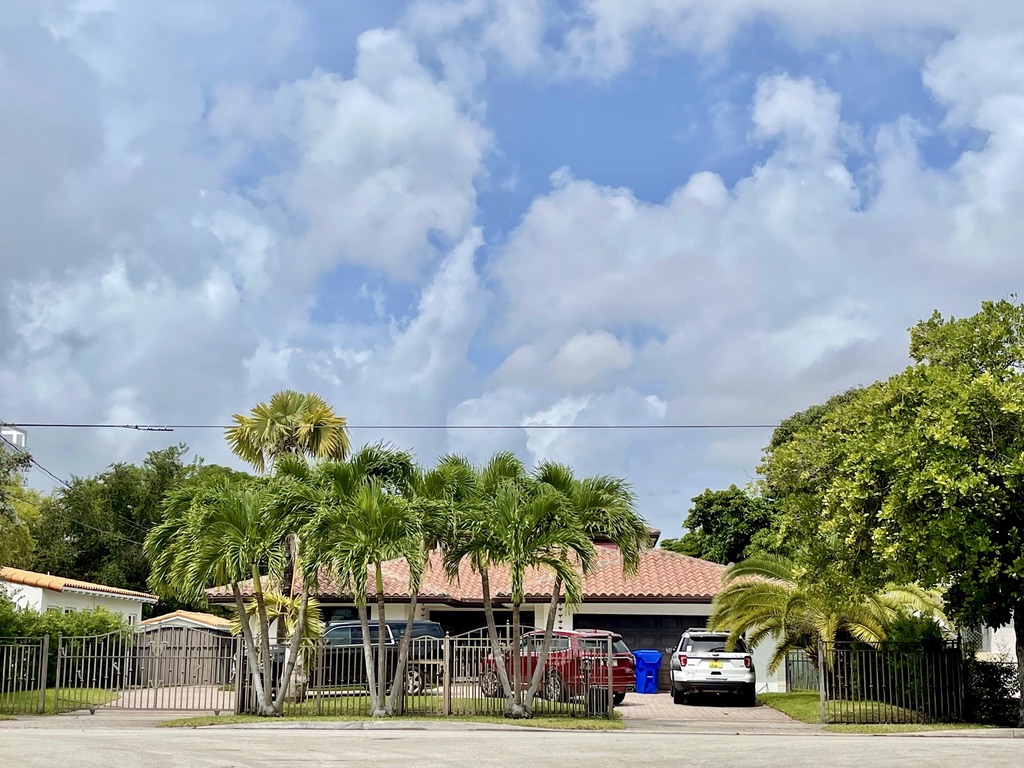 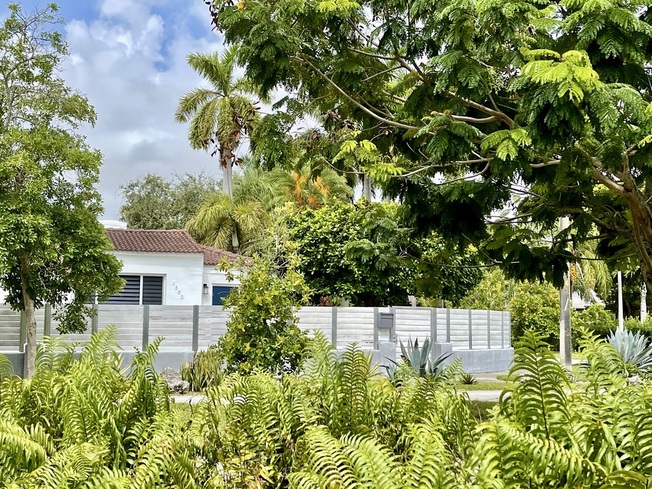 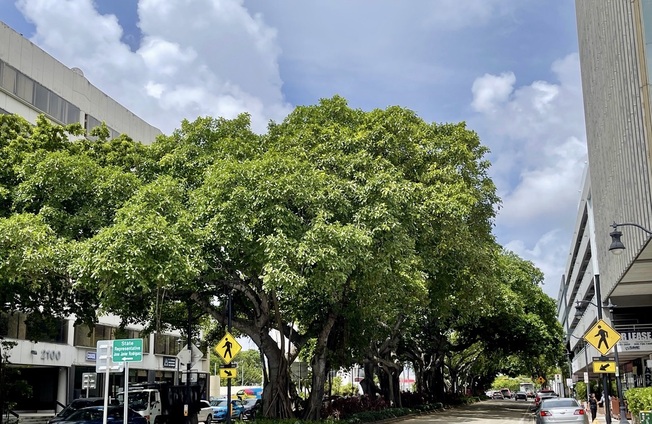 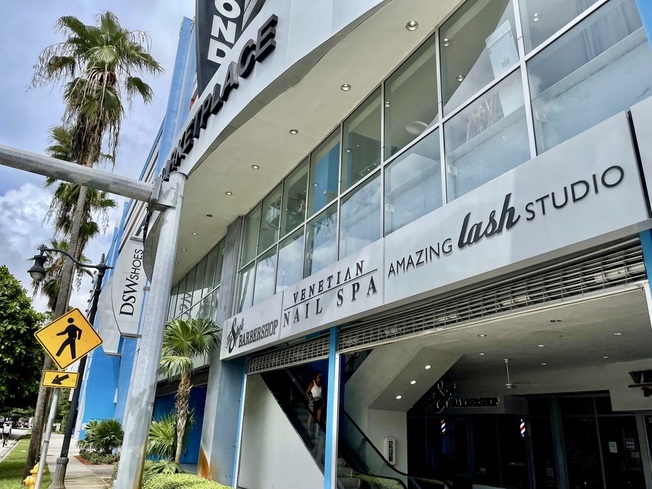 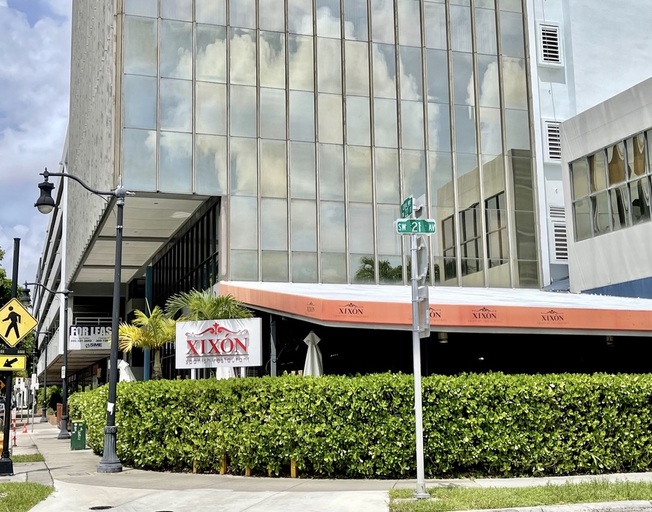 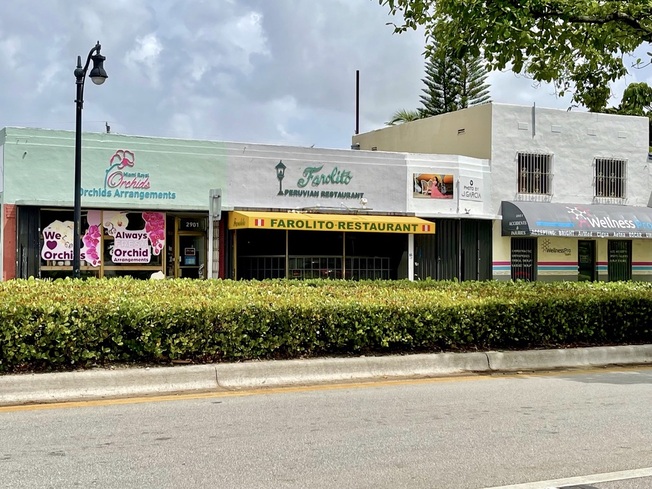 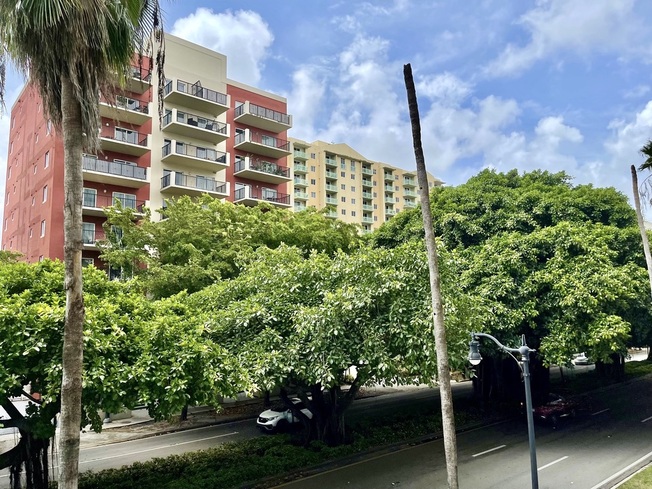 Established by Coral Gables founder George E. Merrick in the 1920s, Miami’s idyllic and family-friendly Coral Way neighborhood is defined by its namesake thoroughfare — Coral Way (22nd Street). The architecture here offers a snapshot in time, punctuated by a mix of Mission Revival-style buildings, bungalows, Art Deco structures from the 1930s, and modest, post-World War II homes. Its streets are lined by citrus trees and nearly 1,200 Banyan trees. And its scenic corners are marked by peaceful residential areas, shopping, restaurants representing countries from all over the world, and quaint taverns and pubs.

The Coral Way neighborhood is spread across nearly seven square miles, wedged between Coral Gables and Brickell. Most residents and visitors travel through it by car — there is plenty of street and lot parking in Coral Way. Parts of this neighborhood are very pedestrian-friendly, and it’s not uncommon to see people walking, running, or riding their bikes or scooters on its wide sidewalks.

Bars and restaurants in Coral Way are sure to please any palate, with plenty of styles to choose from, especially along its namesake street. Sushi Chef Japanese Restaurant has some of the best, most innovative sushi in Miami, all made by a chef who has cooked for the Japanese Embassy. Located in a nondescript building right on Coral Way (22nd Street), this restaurant serves every roll or Japanese dish you could crave, including more interesting varieties like pickled radish rolls and a fried fish and spicy mayo “Miami” roll. The Original Daily Bread Marketplace is also in this neighborhood, bringing Middle Eastern foods like homemade falafels, hummus, tabouli, and shawarma to southwest Miami.

Miami’s Spanish-speaking culture can be seen in the restaurants here, too. Farolito Restaurant is a hidden Peruvian gem with a casual feel, eight different types of ceviche, and plates like chicharron de calamar (breaded and deep-fried squid), choclo (Peruvian corn), and tacu tacu (fried white beans and rice). El Rinconcito Latino, started by a family from El Salvador, serves traditional Latin fare like fritas (Cuban burgers topped with potato sticks), plantain soup, tamales, and pork quesadillas. For a real taste of Spain, get paella with shrimp, squid, Iberico ham, or fish at Xixón Spanish Restaurant, which specializes in authentic Spanish cuisine and has its own bakery, gourmet market, and wine cellar.

When it’s a drink you want, look no further than The Mighty, the neighborhood’s own gastropub. Go here for craft beers on tap, handcrafted cocktails, wine, and bubbles.

For groceries in Coral Way, you have several options, including a Winn Dixie and a Fresco y Más.

Miracle Marketplace, a four-story mall, is the core shopping area in Miami’s Coral Way neighborhood. It has top stores like Nordstrom Rack, Marshalls, DSW, and Bed, Bath & Beyond, as well as some beauty shops, restaurants and eateries. The westernmost border of this neighborhood aligns with Coral Gables, however, which is home to one of South Florida’s most sought-after shopping destinations: the Miracle Mile Coral Gables Shopping District. Residents of Coral Way and beyond often head to Coral Gables to shop for art, high-end fashion, jewelry, wedding dresses, and more.

Despite its small size, the residential feel of Miami’s Coral Way neighborhood makes it the perfect backdrop for beautiful parks and greenspaces. The most known park here is Douglas Park, which has baseball and football fields, tennis and basketball courts, walking trails, bike paths, a picnic area, and an outdoor gym. Coral Gate Park is a smaller park with a playground, tennis and basketball courts, a small greenspace, and a clay diamond for pickup games of baseball or softball.

Finally, Cuban Memorial Boulevard Park stretches from Calle Ocho (8th Street) to 13th Avenue. As its name implies, this park is home to monuments and symbols that pay homage to Cuban culture and Cuban American icons. These include: the Eternal Flame, in honor of the 2506th Brigade and the anti-Castro exiles who died during the Bay of Pigs invasion, as well as a Jose Marti memorial, a map of Cuba, and a statue of the Madonna. This neighborhood is also surrounded by Coconut Grove, Brickell, and Coral Gables, three of Miami’s trendiest neighborhoods, all of which offer countless things to do and see.