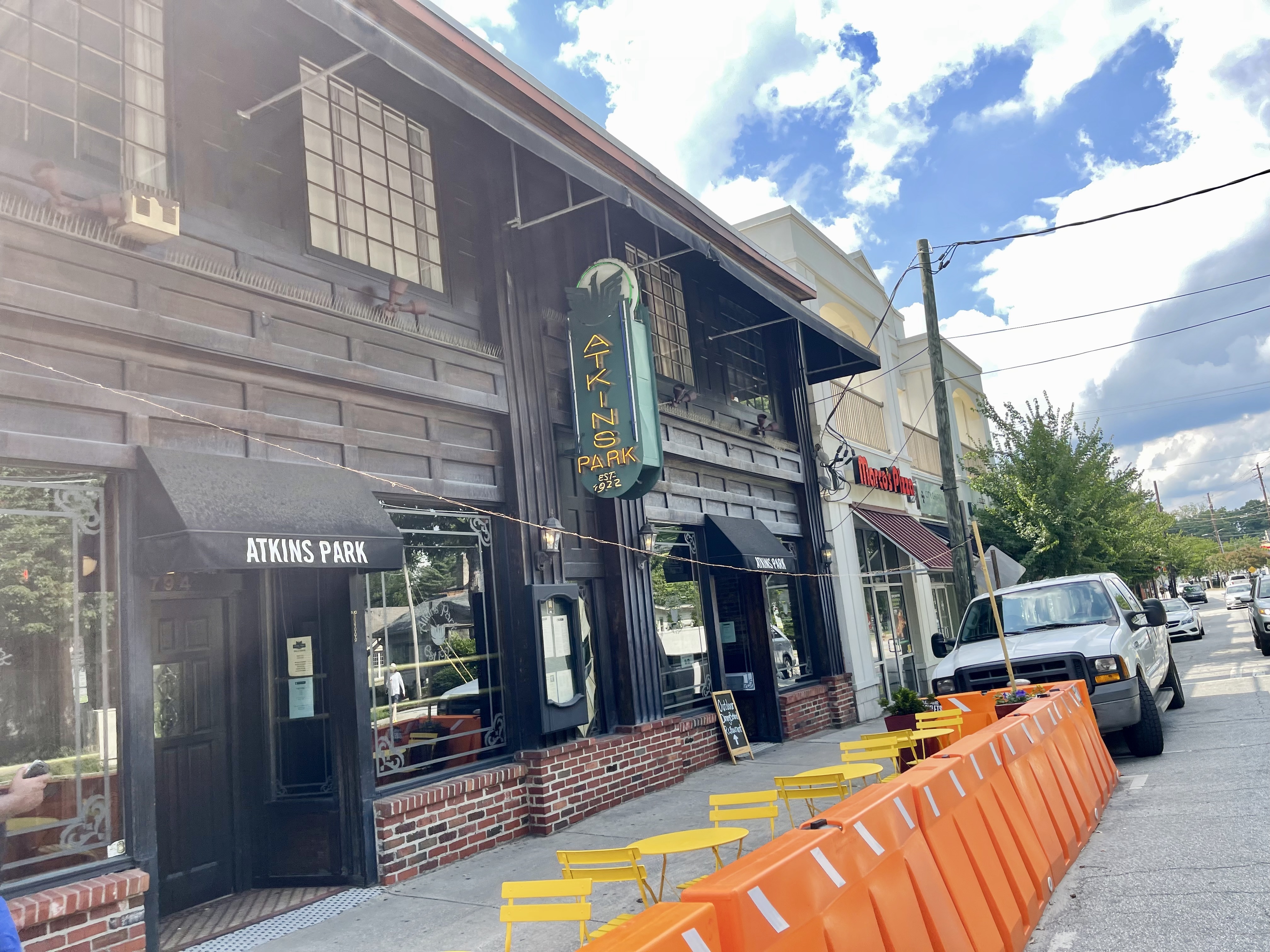 While Virginia Highland feels like its own little world, it’s is only 3 miles from Downtown and a mere quarter mile from Piedmont Park, Midtown’s 185-acre multi-use greenspace. Local coffee shops, boutiques, neighborhood joints, and late-night spots dot tree-lined streets in the Highlands, and there’s a village vibe with a buzzy energy here.

One of the original Atlanta suburbs, Virginia Highland was founded in the early 20th century due to its location on the Atlanta streetcar route. Here, at the corner of Virginia Avenue and North Highland Avenue, an affluent neighborhood of bungalow-style houses grew to become the neighborhood we know today. Nowadays, you’ll find everything from home rentals to condos and apartments in Virginia Highland, with housing options for every budget. Some of the older homes have even been converted into townhomes and small apartments. Since its beginnings, Virginia Highland has been known as the place to live in Atlanta. As recently as 2020, Southern Living named Virginia Highland as the fourth-best neighborhood in the South. K-12 schools in this neighborhood are Morningside Elementary School, Springdale Park Elementary, Howard Middle School, Inman Middle School, and Midtown High School.

You might even recognize popular Virginia Highland spots in your favorite movies. In Life as We Know It, Holly, played by Katherine Heigl, owns a restaurant in the neighborhood. The real-life location is at the corner of St. Charles Avenue and North Highland Avenue. Long time neighbors and Hollywood agree: Virginia Highland is a special place to call home.

Virginia Highland is one of Atlanta’s most walkable neighborhoods, thanks in large part to residents who made a concerted effort through the years to protect the area from any major thoroughfare disruptions. Virginia Highland remains tucked away from Atlanta’s bustling interstates and thoroughfares, and despite its streetcar beginnings, it does not have its own MARTA (Metropolitan Atlanta Rapid Transit Authority) rail station. Instead, VaHi is equally distant from the Midtown MARTA station on the Red/Gold Line and the Inman Park MARTA station on the Blue/Green Line, so you can decide which station to use based on your needs. For the airport, opt for Midtown, while Inman Park station is your best bet to get to Mercedes-Benz Stadium or State Farm Arena. It’s about a 30-minute walk to get to each station. Of course, rideshares are plentiful in the area, as are bicycles. The MARTA bus system does travel through VaHi via Buses 816, 36, 2, and 102.

Atlanta’s Eastside BeltLine, a series of railroad corridors turned biking and walking paths, passes near Virginia Highland, making it a great option for those looking for outdoor exercise or walkable/bikeable accessibility to other in-town neighborhoods.

When a neighborhood has a bar nearly as old as the neighborhood itself, you know it’s a happening place to live. Atkins Park restaurant opened as a delicatessen in 1922. It switched to a restaurant and bar in 1927, and today remains Atlanta’s oldest continuously licensed tavern. Atkins Park hosts dinner, weekend brunch, and even late-night drinks, staying open until 2 AM on Fridays and Saturdays. Beyond Atkins Park, there are over twenty other restaurants to enjoy, including Moe’s & Joe’s, the neighborhood burger joint, and Murphy’s, a favorite date-night spot. The Highlands is also well-known for its late-night scene. Atlanta’s oldest Irish pub, Limerick Junction, has imports and regional beers on tap and provides live music five nights per week. Dark Horse Tavern is another late-night establishment open until 3 AM. If you’re looking for exclusivity, there’s the Warren City Club, a members-only restaurant and social club in the heart of VaHi. Virginia Highland is also located nearby Ponce City Market (a.k.a. PCM), Atlanta’s version of NYC’s famed Chelsea Market with an expansive retail and food hall featuring over 60 shops and restaurants.

The majority of grocery stores in Virginia Highland are small markets There Alon’s Bakery and Market, located right on North Highland Avenue. Alon’s is a European-style market and a cheese counter, bakery, and deli all rolled into one. You’ll find dry goods like pasta and crackers here, too. On Thursday evenings, the Virginia Highland District Farmers Market pops up just across the street from Alon’s. For a large-chain grocery store, head to Publix on Ponce de Leon in Poncey-Highland or BeltLine Kroger on the BeltLine.

Shopping in Virginia Highland is all about boutiques. You’ll find many of the neighborhood’s shops right along its main street, North Highland Avenue. There’s women’s boutique, Dakota J’s, streetwear shop, Threadz, and lifestyle boutique, Urban Cottage Inc. to name a few. The aforementioned Ponce City Market is another great place for shopping on the edge of the neighborhood.

For more traditional brand name shopping, Virginia Highland residents can easily get to Buckhead for Lenox Square, Atlanta’s most well-known mall featuring nearly 200 stores. Just beyond its grounds, the shopping continues at neighboring Shops Around Lenox. Phipps Plaza is situated to the northeast just across Peachtree Road, where you’ll find Nordstrom, Kate Spade, and more. At nearby Buckhead Village District, there are even more luxury brands to choose from.

Virginia Highland is a tree sanctuary and even has a neighborhood arboretum (a living tree museum). There are four walking routes in the neighborhood which take you not only on a great walk but on an educational journey too. Informative tree markers can be found throughout the loop. Each loop starts at John Howell Park, the main greenspace in the neighborhood.

Virginia Highland is also close to Fernbank, Atlanta’s not-for-profit natural history museum, featuring permanent exhibits like everybody’s favorite Giants of the Mesozoic. Just outside the museum is Fernbank Forest, with two miles of paths through a 65-acre old-growth forest. Another attraction here is WildWoods, an elevated walkway in the treetops with incredible views and two tree pods.

The Highlands is also well-known for its many festivals and events. There’s Summerfest which is an annual fundraiser for the Civic Association but also happens to be an incredible local celebration complete with a juried artists market, live music, all the festival food you can eat, and even a 5K. Each December, there is a Tour of Homes peeking into the history of the neighborhood and its architecture. Other smaller events are held throughout the year, too.

While Virginia Highland doesn’t have any colleges or universities of its own, it offers easy access to Emory, Atlanta’s prestigious private research university, Agnes-Scott, Atlanta’s women’s college, Georgia Tech, Georgia State, and more.