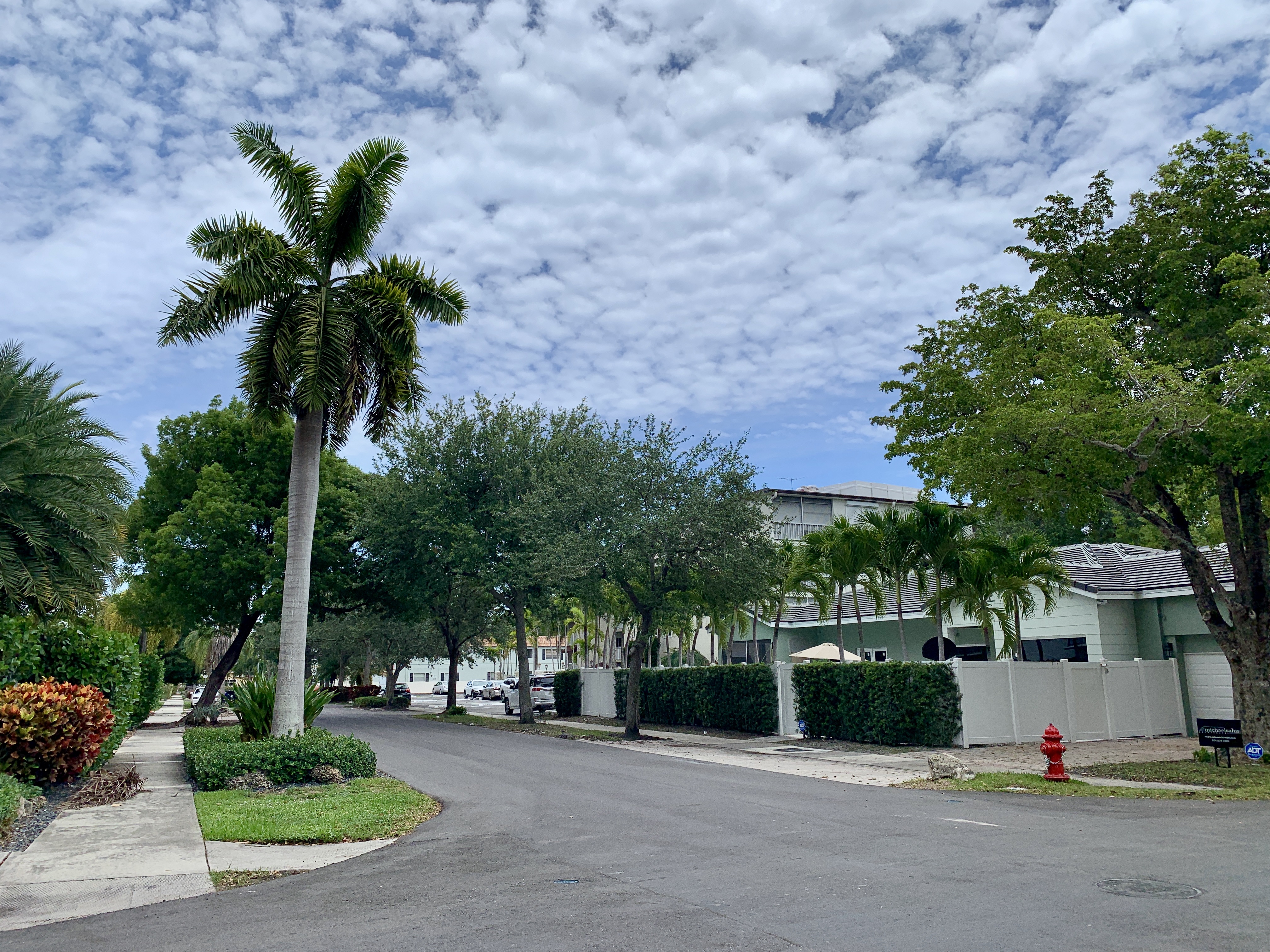 1930s style of architecture and charm is still very much alive in Victoria Park, one of Fort Lauderdale’s older neighborhoods. A highly walkable area to live in, you’ll find elegant manses, waterfront homes, and trendy condos and apartments in Victoria Park. Yet, there almost was no Victoria Park. In the early 1900s, when Henry Flagler was building tracks for his Florida East Coast Highway, he had plans to cut straight through Fort Lauderdale and the area now known as Victoria Park. Thankfully, Mary Brickell convinced Flagler to move the tracks further west, saving the neighborhood and encouraging its growth into the peaceful oak- and palm-covered place it is today.

These days, residents enjoy being sandwiched between busy Sunrise and Broward Boulevards, making it convenient for them to access Downtown Fort Lauderdale, the beach, and the Intracoastal waterways. A large portion of Victoria Park is Broward County’s Holiday Park, an oasis for dog owners and those who love to spend their time outdoors exercising or playing. For entertainment, catch a show at the historic Parker Playhouse or buy tickets for a movie at the historic Gateway Theater, which once played the world premiere of Where the Boys Are, the 1960s movie which put Fort Lauderdale on the map as a Spring Break destination.

Victoria Park is one of Fort Lauderdale’s more walkable neighborhoods, with rows of sidewalks under a canopy of trees perfect for going on walks, runs, or walking the dog. Set up in an easy grid pattern, residents can venture to Sunrise Boulevard to the north or Broward Boulevard to the south to get to restaurants and shops.

At Holiday Park, there are docks of electric bicycles for rent — simply purchase the time needed and return the bike to another docking station. Many stores also have bike racks for you to leave your bicycle while you shop inside. While most people get around town by driving, there are other options for navigating the Victoria Park area, including ride-share services or the public bus system that has stops along Sunrise Boulevard, US-1, and Broward Boulevard, which border the neighborhood.

The neighborhood is close to Downtown Fort Lauderdale, but there are plenty of restaurants in Victoria Park and just outside. A newer hotel on the scene, The Dalmar features elegant dining at Terrace Grill or a breathtaking view of the city skyline from its reservations-only rooftop bar, Sparrow. Nearby is The Wilder, a cocktail bar marrying Old Florida tradition with Art Deco vibes, inviting guests to take a seat in their plush velvet seating. If you have a hankering for Italian food, head to Il Mulino, which has been family-owned and operated for almost 40 years and serves up elevated but cozy dishes. Serafina is another Italian go-to with waterfront seating for romantic views of the Intracoastal.

For a more casual food and beverage experience, Rhythm & Vine is a popular nighttime hangout with an indoor-outdoor setup — order a drink at the bar and listen to the DJ or head outside to the fairy-lit courtyard and place your order from an Airstream. There are also different food trucks on rotation to get some snacks to go with your cocktail or beer. Across the street is a shopping plaza with neighborhood spots to grab a bite surrounding the flagship Fresh Market grocery store. At Temple Street Eatery, the menu offers a selection of Asian fusion burgers, dumplings, noodle bowls, and sandwiches. The Foxy Brown is a day and nighttime haunt, hitting the spot whether you’re looking for a place to enjoy brunch or a cocktail for a nightcap. Finally, Doc B’s is a go-to for lunch or dinner with its selection of salads, wings, burgers, steaks, and desserts.

From groceries to clothing stores and shops of the more practical variety, it’s easy to find what you need in the Victoria Park area. Along Sunrise Boulevard are major stores like Publix, Pet Supermarket, Hustler Hollywood, Walgreens, and the Out of the Closet thrift store, benefiting the AIDS Healthcare Foundation. Music fans will be pleased to know that Radio-Active Records is in the area, selling vinyl records from all genres, as well as merch and accessories. Taking the curve north onto US-1, shoppers can find other shops like Trader Joe’s, Whole Foods, Best Buy, Ulta Beauty, DSW, PetsMart, Michael’s, and Nordstrom Rack.

To the east, cross the bridge over the Middle River, and you’ll find the Galleria of Fort Lauderdale mall, home to more than 100 fashion retailers as well as department stores Macy’s, Nordstrom, and Neiman Marcus. Besides the food court, the mall also boasts a variety of dining options, including Seasons 52 with healthy dishes, Cooper’s Hawk’s wine tasting room, and The Capital Grille. Neighboring the mall is a two-story CVS convenience store, Starbucks, and Publix Supermarket.

Just north of Sunrise Boulevard is the burgeoning 13th Street, where more and more shops and businesses are opening. This includes the Gulf Stream Brewing, Milk Money restaurant, Le Boy liquor bar, LoveLee Bake Shop, Buck and Beard Barbershop, and Oddballs Nifty Thrift, a winding neverending thrift store that was named in the top 10 thrift stores in the country.

For a relatively small neighborhood, Victoria Park packs a big punch, brimming with activities and the arts. It is here that you'll find the nearly 100-acre Holiday Park, with a dog park (for both small and large pups), basketball courts, soccer and baseball fields, running trails, racquetball courts, shuffleboard, roller hockey rinks, a tennis center, and more.

Within Holiday Park are also two entertainment venues that have been recently renovated. Providing live theater, speaking engagements, and music since 1967, the Parker Playhouse is Fort Lauderdale’s oldest performing arts venue. Steps away is the War Memorial Auditorium, which got its start as a professional wrestling venue and also hosted boxing matches. More recently, it’s the setting for smaller conventions and was renovated to better serve community needs.

Another place of historical importance in Fort Lauderdale entertainment is the Classic Gateway Theatre, which has been playing movies on the big screen since 1951. On the schedule is a mix of mainstream films as well as independent and foreign films. Each year, it plays host to the Fort Lauderdale International Film Festival.

Adjacent to Holiday Park is ArtServe, where local art comes alive. Not only are there art classes, but exhibitions by local artists and support for the visual and performing arts. Next door is the Stonewall National Museum & Archives, which houses the nation’s largest collection of LGBTQ memorabilia — including the gavel used to overturn Don’t Ask, Don’t Tell. The museum showcases exhibitions for the community to see the history of the equality movement in the United States and beyond. The World AIDS Museum and Educational Center is chock full of historical exhibits, art, film discussions, and speakers to educate the community about the history and advancement in HIV/AIDS treatment.