Covid-19 upended ‘normalcy’ in cities across the United States, prompting many urban residents to question whether city life will ever be the same. It’s been nearly a year and half since the onset of the pandemic, and although variants are giving rise to new concerns, many Covid-related restrictions have for now been lifted and most city operations have resumed. So, how are city dwellers feeling about living in their city today? And how optimistic are they about their city’s comeback?

ApartmentAdvisor, an online apartment rental search platform, surveyed 1,025 urban renters between June 27 and July 1, 2021*. Our respondents self-reported as renters living in city locations, and the sample was balanced in terms of key demographics (gender, region, income) according to the U.S. census. Fifty-three percent of respondents reported living in a large city (population greater than 500K) and 47% reported living in a small city (population less than 500K).

Roughly one third (31%) of urban renters surveyed reported feeling much less or somewhat less satisfied with living in their cities since the onset of the pandemic, while a total of 18% said they were somewhat or much more satisfied. Half of respondents (51%) reported no change to their level of satisfaction due to the pandemic. 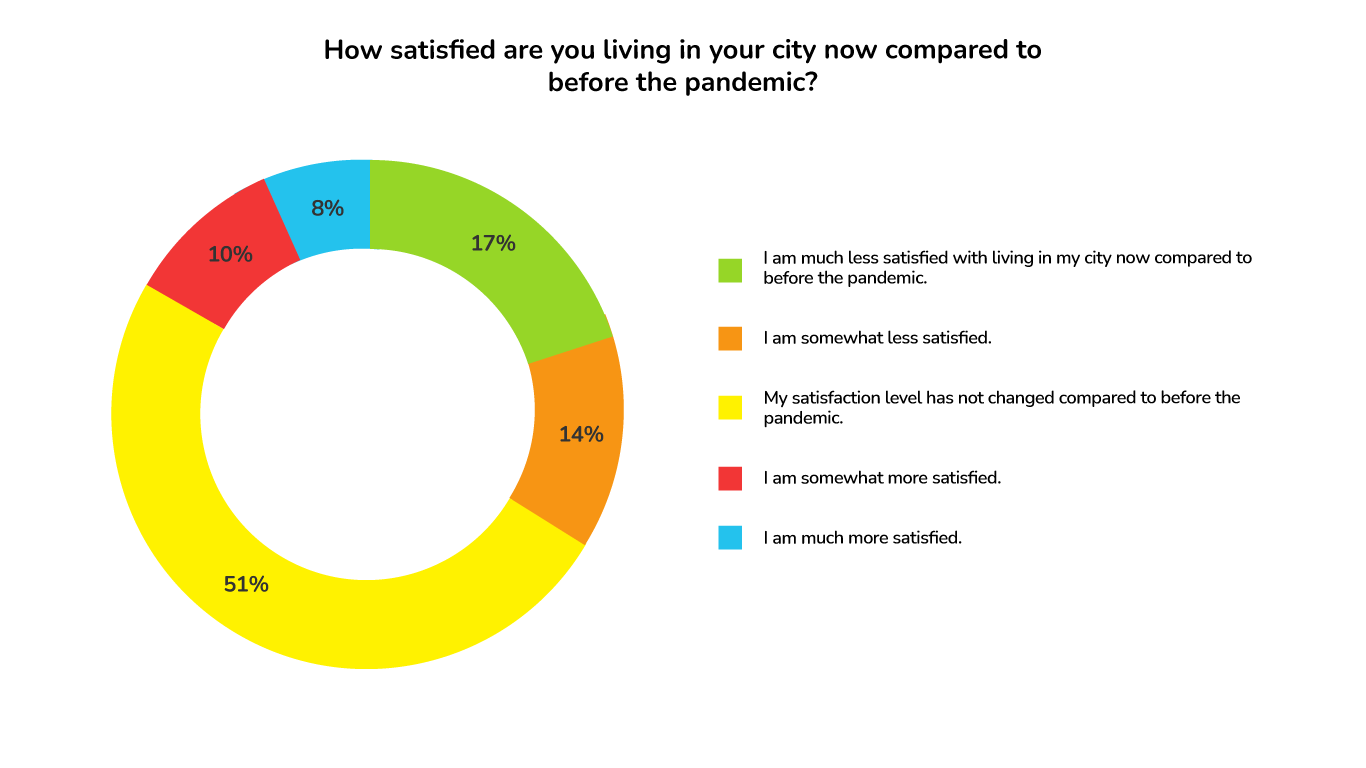 With many Covid-19 restrictions lifted in most cities, are city dwellers finally feeling comfortable engaging in ‘normal’ aspects of city life? The answer (for now) is yes. A vast majority of survey respondents said they feel somewhat or very comfortable doing a variety of activities in their cities. This includes returning to work on premises at their place of employment. 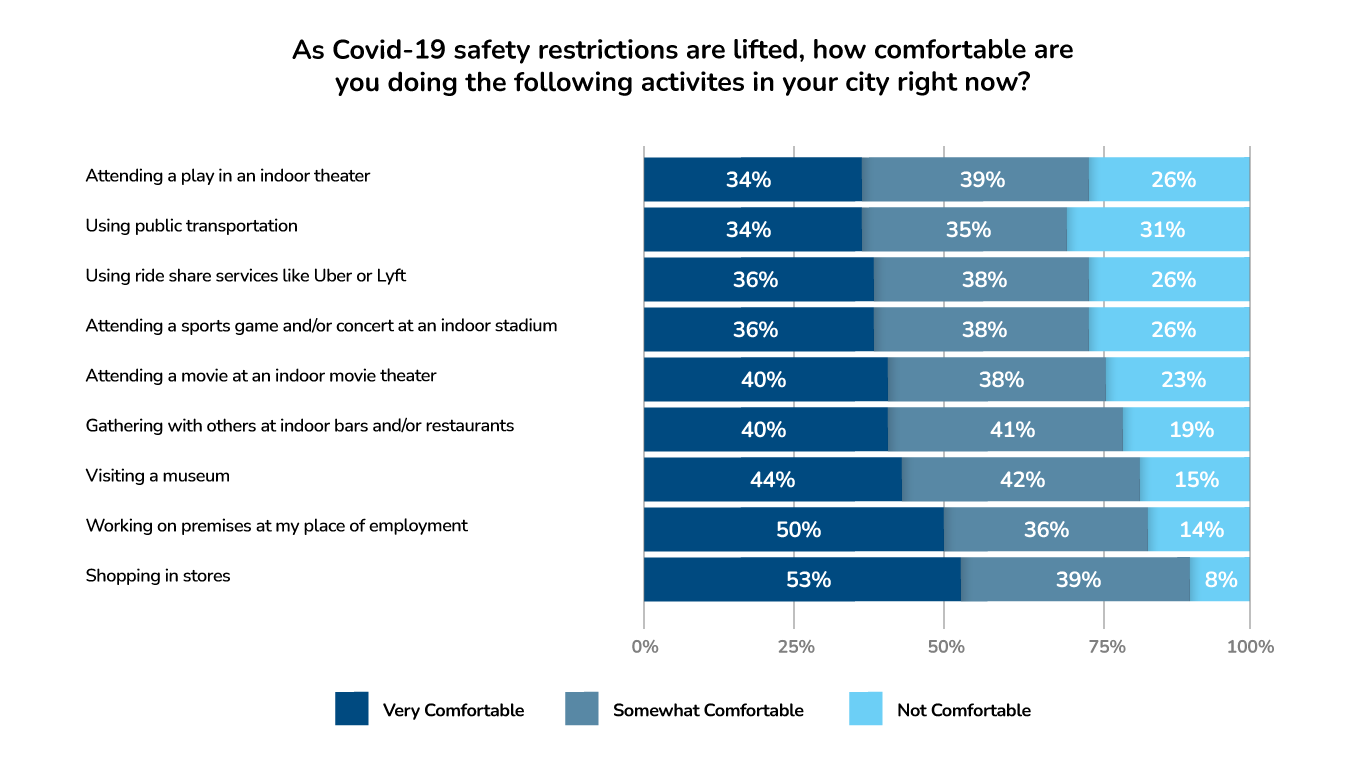 Even as city dwellers re-engage in activities in their city, most agree that things are not back to normal yet. Predictions for exactly how long that will take vary, although the outlook for many was optimistic. Thirty-six percent (36%) of respondents said they believe their city will return to normal by the end of this year. 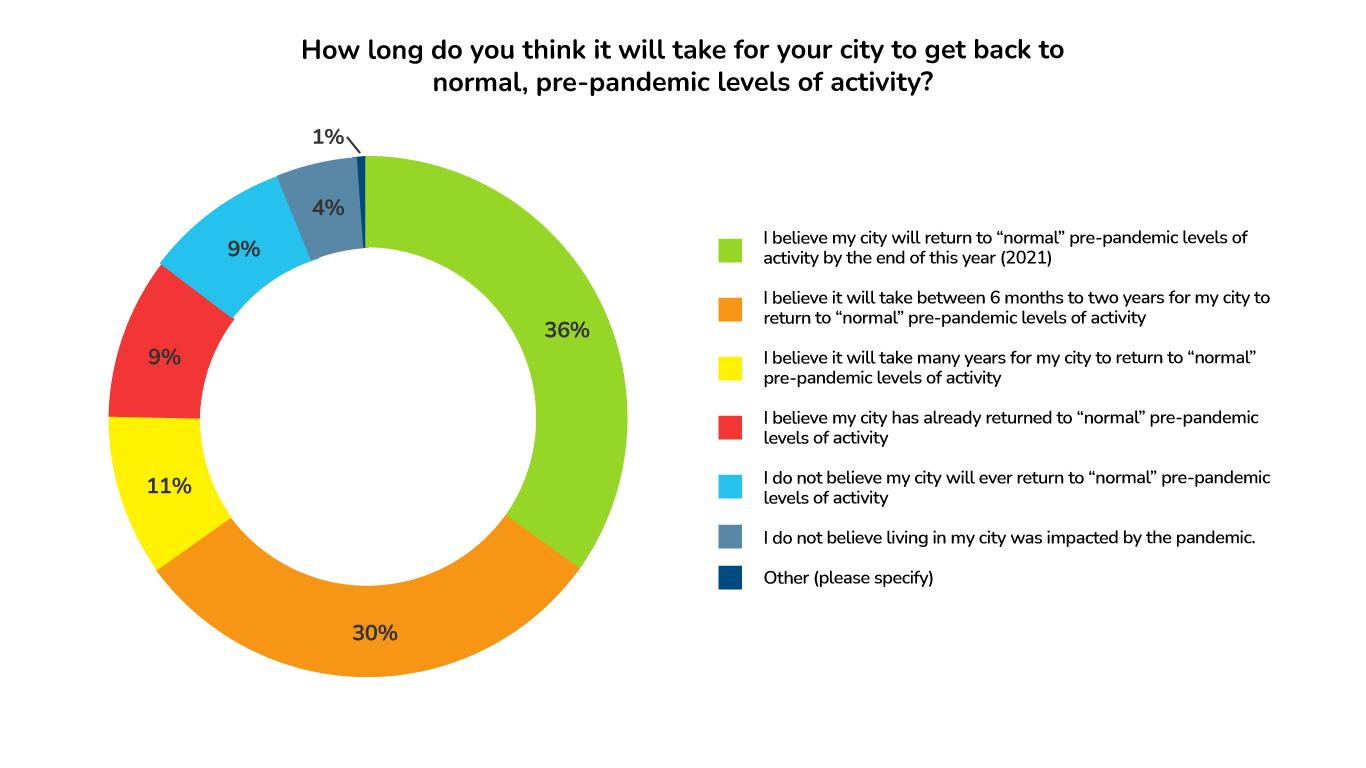 The pandemic caused many urban renters to reevaluate where they live, even if they have not acted on that consideration. In total, 40% said they are more likely to reconsider a location outside of their current city due to the pandemic. 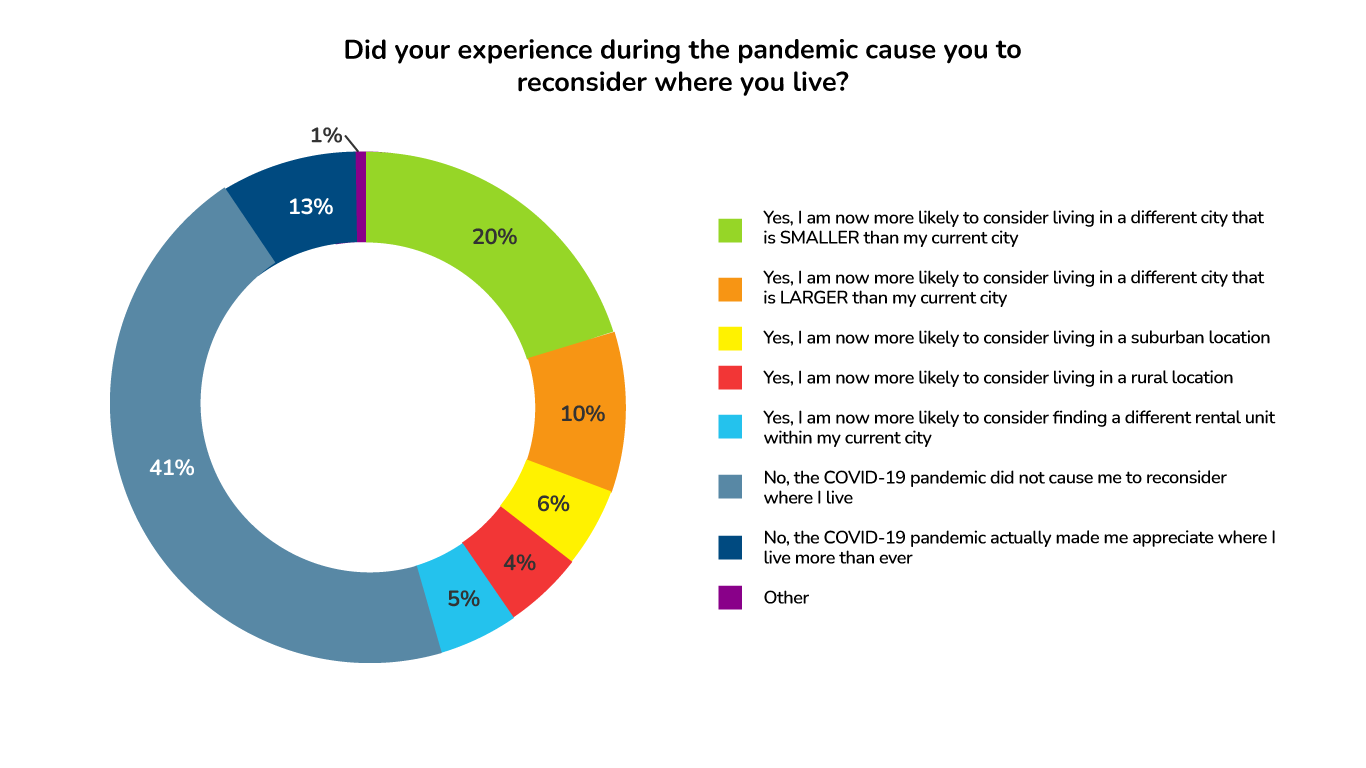 Why Live in a City? Priorities for Renters

The factors that attracted renters to their city pre-pandemic continue to be the same things they still value the most about their city post-pandemic: affordability, proximity to friends & family, and employment opportunities.

We asked respondents to select the top three reasons they chose to live in their city pre-pandemic, and these were the most likely answers to appear in the top three, in ranked order:

When asked to select the top three things they value most about their city today, bearing in mind their experience during the pandemic, the answers were very similar:

Other factors that ranked high for renters both before and after the pandemic included proximity to work, proximity to lifestyle conveniences, and safety and security.

After a year and a half of spending a lot more time at home, it’s perhaps no surprise that many renters are craving more space, both inside and outside their apartments. When asked to select the features or amenities they would want most in their rental if it didn’t impact their rent, these were the answers most likely to appear in the top three, in ranked order: 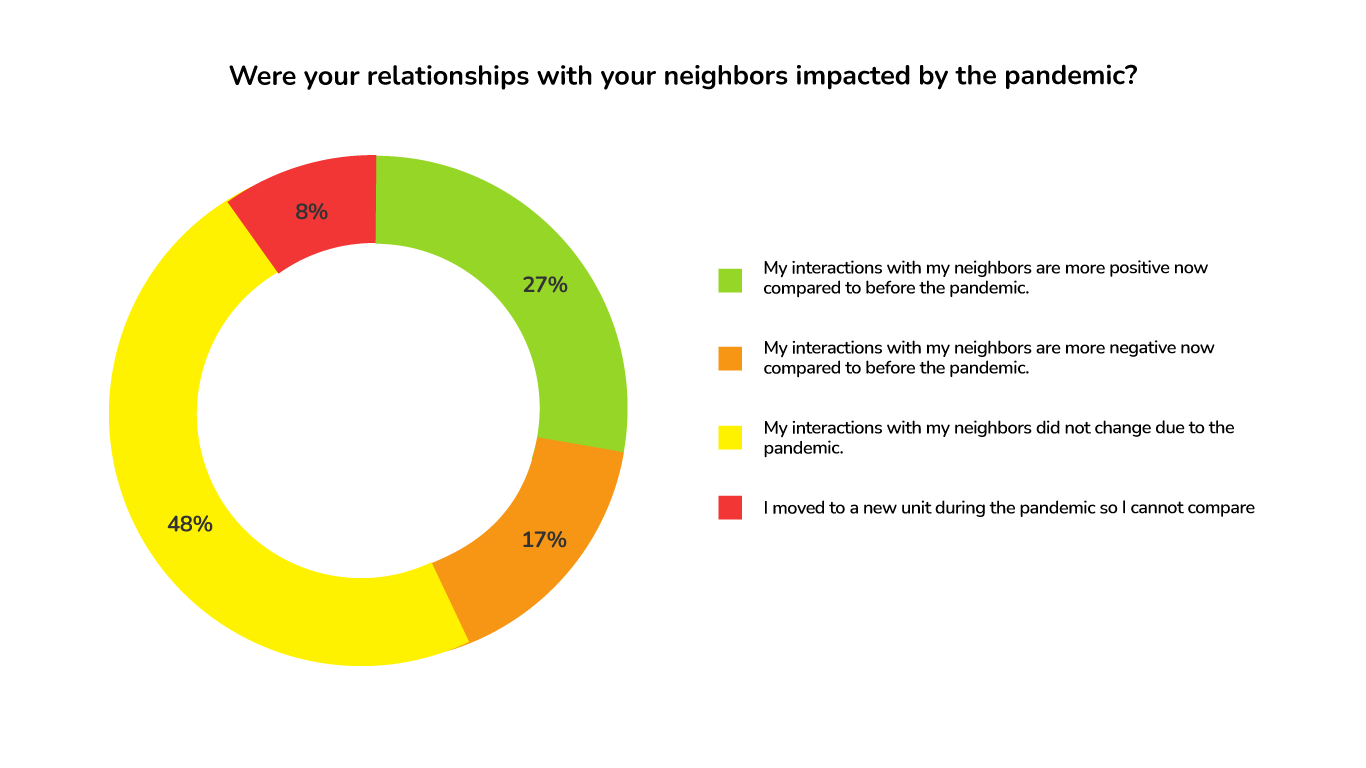