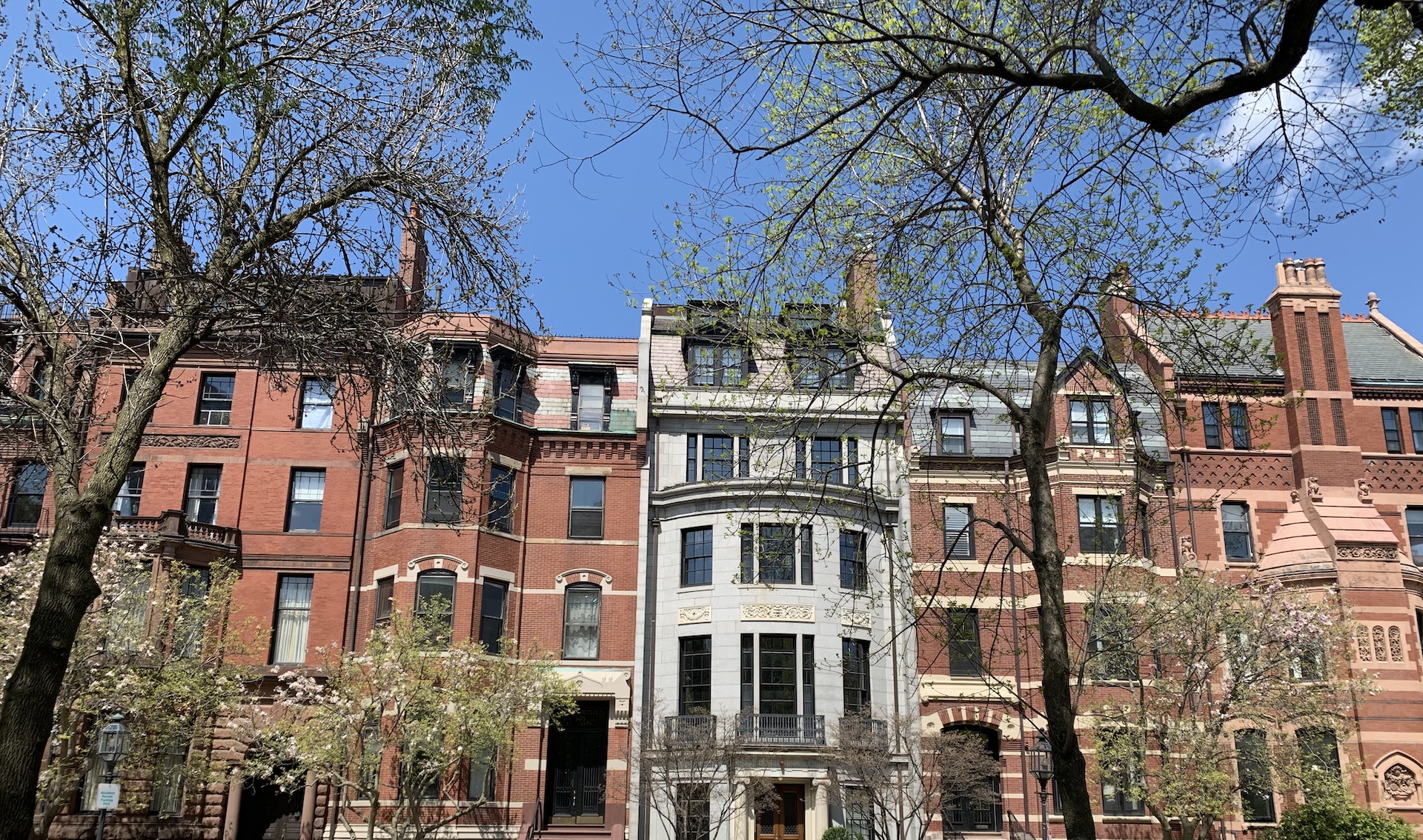 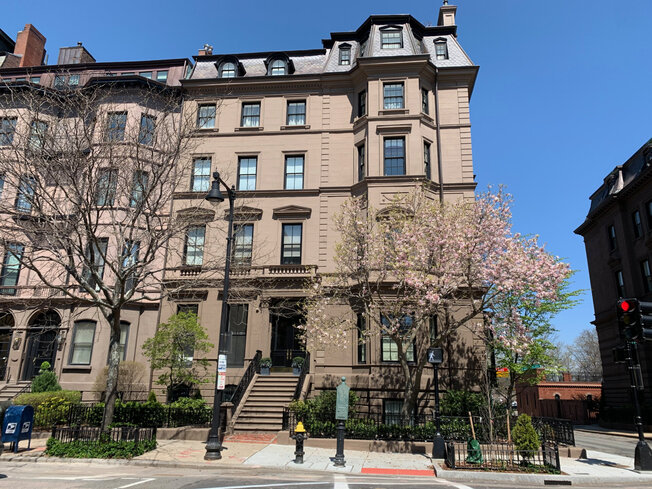 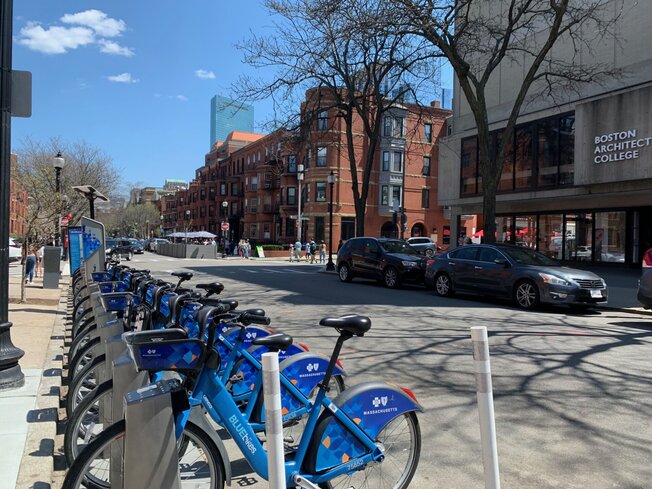 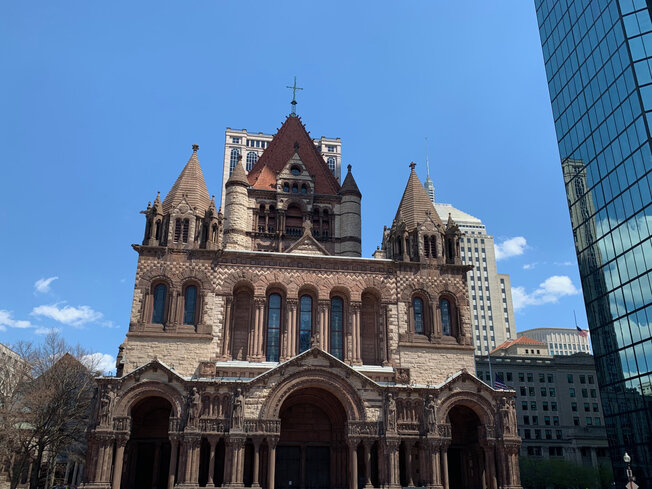 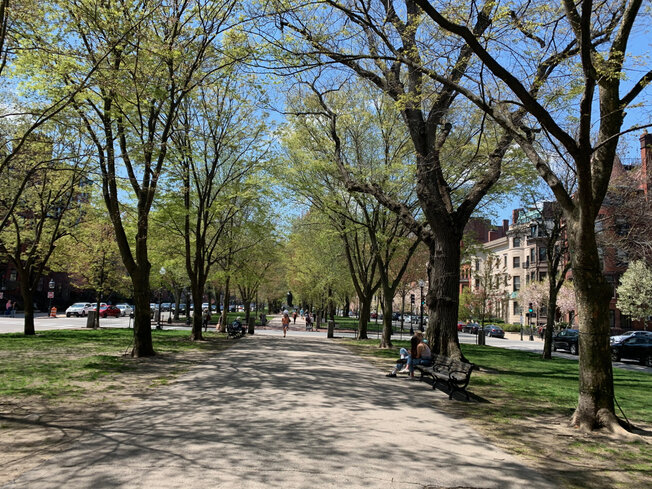 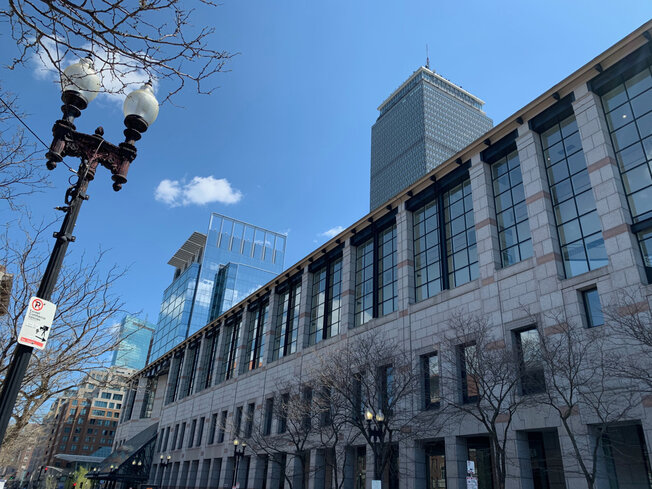 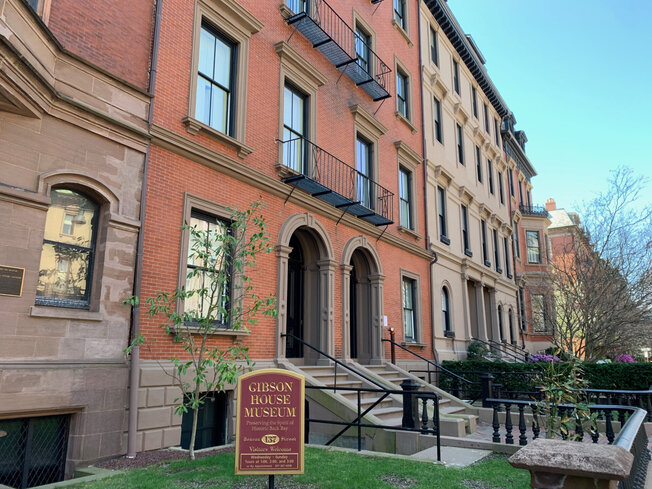 View 75 apartments in Back Bay

It's hard to believe that before the Back Bay was one of Boston's most desirable neighborhoods, it was a marshy tidal bay. Hence the name, the Back Bay. Transformed by developers in the mid-1800s to address overcrowding, the Back Bay quickly became the city's most coveted neighborhood, the address of Boston's wealthiest residents. Today, the Back Bay remains one of the most expensive areas to live in Boston, second only to Beacon Hill. Even so, it is possible to find more affordable apartments in the Back Bay. An easy walk to the Charles River Esplanade, Boston Public Gardens, and Boston Common, as well as the city's finest boutiques, shops, restaurants, bars, and architectural landmarks, the Back Bay is a vibrant neighborhood popular among young professionals, families, empty nesters and students, alike. From the buzz and activity of Newbury and Boylston to greenspaces, river views, and the Victorian brownstone-lined streets of Marlborough, Beacon, and Commonwealth Avenue, the Back Bay has it all.

Stretching from Boston Common to the Fenway neighborhood, Back Bay is the only area of the city designed on a grid, making it a breeze to find your way around. When in doubt, alphabetically ordered cross streets help orient you. The Back Bay is well-traveled by foot, bike, or public transportation. For those walking to and from work, shops, dining, and the T (Boston's subway system), there's plenty of room on the sidewalks. A favorite among walkers, runners, and bikers, the Commonwealth Avenue Mall is a tree-lined 32-acre path designed in the style of a French Boulevard that runs from one end of the Back Bay to the other. Another great place to bike and jog is the path that runs along the Charles River on the north edge of the neighborhood.

No matter where you find yourself in the Back Bay, you're never far from a T stop, and there are 8 bus lines within walking distance of the area. With its central location, Back Bay provides easy access to almost anywhere in the city. Heading out to the suburbs? Hop on the commuter rail at the centrally-located Back Bay Station. Commuting out of the Back Bay by car is no problem thanks to its proximity and access to the Mass Pike and Storrow Drive. However, parking in the Back Bay can be tricky if your apartment doesn't come with a designated spot. While residential street parking is available, it's in high demand, and most parking garages charge at least $30 per 24 hours.

When it comes to dining and drinking in the Back Bay, there's no shortage of restaurants and bars to satisfy your appetite and thirst. With your choice of neighborhood steakhouses, seafood favorites, and authentic cuisine from all around the world, the Back Bay is home to hundreds of restaurants including fine dining, cheap eats, and everything in between. The Back Bay is also a popular drinking spot with a range of watering holes from trendy cocktail bars to traditional Irish pubs. Cozy bistros and coffee shops create inviting spaces to congregate any time of the year, and when the weather warms up, dining and nightlife spill out onto sidewalk seating and patios. Sweet tooth? Look no further than Georgetown Cupcakes on Newbury Street or head over to Flour Bakery & Café.

Grocery stores in the Back Bay include staples like Trader Joe's and Star Market, plus the neighborhood's longest-standing grocer Deluca's Market and the highly-rated European-style market Bacco's Fine Foods.

At the center of the Back Bay, you'll find Newbury Street, Boston's premier shopping destination — a who's who of small boutiques, brand names, luxury salons, art galleries, bistros, and sidewalk cafes.

A short walk from Newbury, the shopping continues on Boylston Street, the location of Apple's flagship store (also the Boston Marathon finish line, the Boston Public Library, and Copley Square).

From Boylston, step inside to browse the shops at the Prudential Center (the Pru, for short), which connects to the high-end Copley Place via a sky bridge over Huntington Avenue. Between the two malls, there's something for every shopper and occasion. Department stores, everyday mainstays, designer labels — you name the brand, it’s here. Also housed within the Prudential Center complex: plenty of dining options, several hotels, luxury residences, and offices.

Urban living meets outdoor activities in the Back Bay, the perfect neighborhood for city dwellers who enjoy walking, running, and even sailing (weather permitting). At the heart of the neighborhood, you'll find the Commonwealth Avenue Mall, a historic park lined with trees, benches, and statues running from the Boston Public Garden to the Back Bay Fens neighborhood. The first public botanical garden in America, the Boston Public Garden is a mix of paved pathways, flowers, trees, grassy lawns, and a pond that is home to two of Boston's most famous residents, swans named Romeo and Juliet. Also in residence, bronze statues of Mrs. Mallard and her 8 ducklings from the famous children's book Make Way for Ducklings. Other waterfowl attractions of note in the area are the Swan Boats and the amphibious Boston Duck Tours. The Back Bay borders the southern bank of the Charles River, where the Esplanade provides river views with a pathway nearly 3 miles long from the Museum of Science to the Boston University bridge. Located at the east end of the Charles River Esplanade is the Edward A. Hatch Memorial Shell, a.k.a. the Hatch Shell, an outdoor performance venue for open-air concerts and events. Between the Hatch Shell and the Longfellow Bridge is the launch area for Community Boating, the oldest public sailing organization in the United States with a mission of providing access to sailing for all. While Fenway Park is not technically located in the Back Bay, Fenway's iconic Citgo sign can be seen from parts of the neighborhood. On spring and summer days, you can join the throngs of Red Sox fans walking or crowding the T to attend a game.

Notable architectural buildings and landmarks in the Back Bay include the historic Copley Square, Boston Public Library, Trinity Church, and Boston's tallest building, known by locals as the John Hancock Tower. The Back Bay also boasts the city's 2nd tallest building, the Prudential Tower, which features a skywalk observatory with sweeping views of Boston, especially beautiful on a clear, starry night.

When it comes to the Arts & Culture, the Back Bay does not disappoint. The neighborhood is the site of the Boston Symphony Orchestra, Berklee College of Music, and the Boston Conservatory. Museum lovers will appreciate its proximity to the Museum of Fine Arts and the Isabella Stewart Gardner Museum, both situated in the Fenway neighborhood. The Back Bay is also within walking distance of the Theater District, where Broadway shows and comedy acts make their mark on Boston audiences. For authentic Chinese cuisine before or after a show, Boston’s China Town is nearby both the Back Bay and the Theater District.

Boston is a city known for its higher education. Both Emerson College and a portion of Northeastern University's campuses are located in the Back Bay. On Newbury Street, there's the Boston Architectural College, its brutalist style of concrete construction a notable departure from other buildings in the area. Nearby colleges and universities also include Boston College, Boston University, Harvard University, and Massachusetts Institute of Technology (MIT).