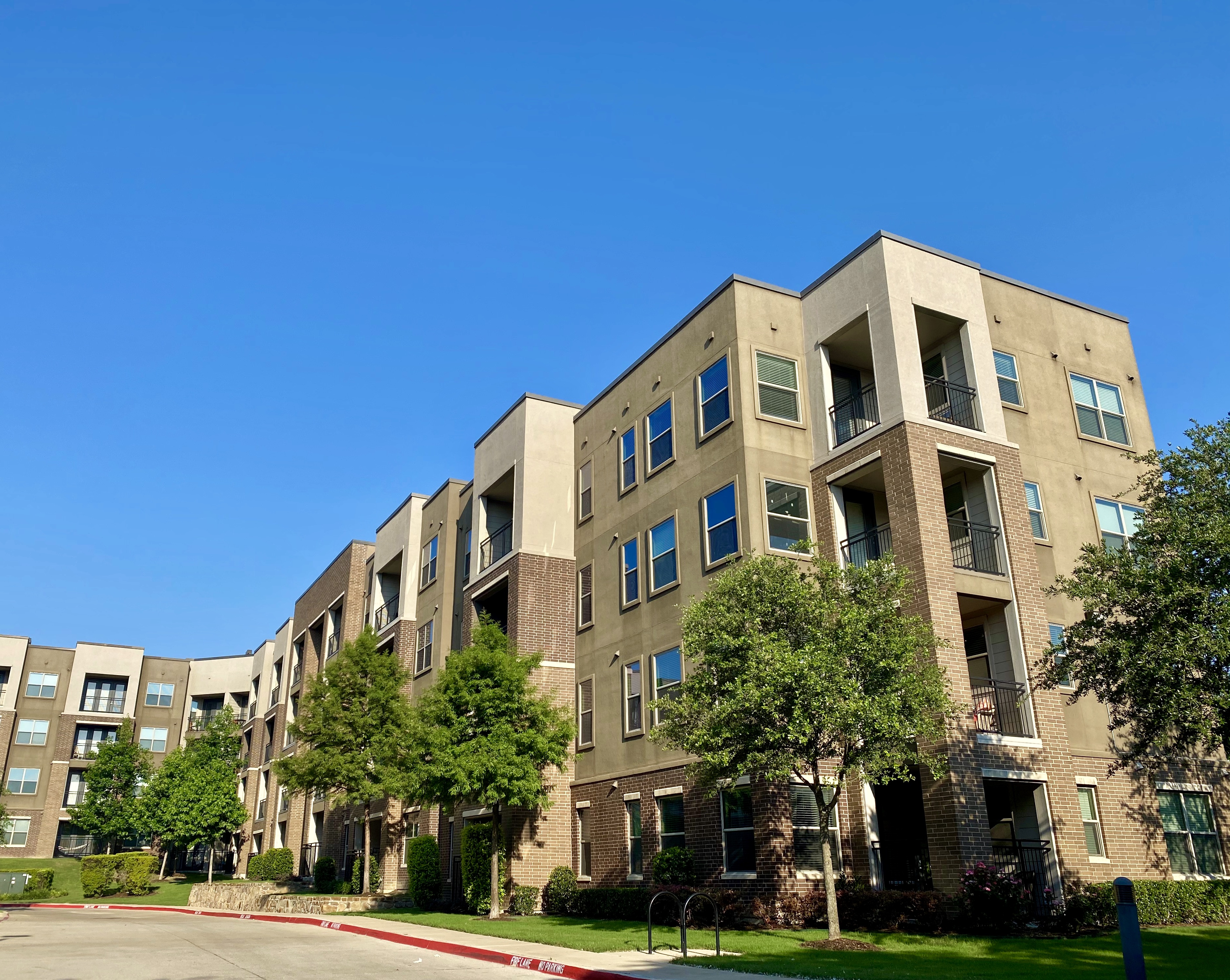 Dallas locals tend to refer to places as being “inside the loop” or “outside the loop,” which refers to where a specific area falls, either south or north of the LBJ Freeway. Far North Dallas is an impressive 24 square mile area that exists squarely outside the loop. Because it’s one of the city’s first major expansion regions, there’s a more suburban feel in this largely residential neighborhood that is home to several sub-neighborhoods, tens of thousands of apartments and houses, multiple country clubs and private golf courses, as well as public parks and trails to balance things out.

Among the smaller neighborhoods that make up Far North Dallas are Bent Tree, Preston Island, Prestonwood, Northwood Hills, and Valley View, where you’ll find apartments in every possible price range with any amenity you can imagine. And when residents want to venture outside their home turf for any reason, the bustling entertainment and dining scene in Addison or the international culinary offerings of Richardson are mere minutes from the eastern and western boundaries.

Due in equal parts to the large footprint of Far North Dallas, there are plenty of grocery stores that serve the area. Major chains Albertsons, Kroger, Tom Thumb, Fiesta, and Walmart locations can be found throughout, with specialty stores including ALDI, El Rancho Mercado, La Bodega Latina Fresh Produce, and Trader Joe’s rounding out the mix.

Dining choices can be found in a variety of price points and cuisines, including one of the largest collections of the city’s Kosher restaurants. Deli-News, Benny’s Bagels, Dallas Kosher Pizza, Aderet, Palate Grill, and the Meat Point steakhouse all feature abundant Kosher options. For hearty breakfasts, visit local favorites Awake Restaurant, Norma’s Café, and Maple Leaf Diner. Or treat yourself to a smorgasbord of foods any time of day, including seafood at King Crab Bar and Big Shucks Oyster Bar, chicken tenders and sandwiches at Super Chix, southern comfort dishes at String Bean, Asian specialties at Zenna Thai & Japanese, Russian fare at Bubala Café & Grill, Italian favorites at Café Amore, French delicacies at the charming Lavendou Bistro Provençal, and casual-but-beautiful Mexican cuisine at LADA, from a former chef at the ultra-fancy French Room in the Adolphus Hotel in downtown Dallas. Of course, steakhouses will always be major destinations for special occasions. Topping the list in Far North Dallas, there’s Al Biernat’s North, Ruth’s Chris Steakhouse, and 12 Cuts Brazilian Steakhouse, the latter offering a top-quality all-you-can-eat meat extravaganza (and a killer salad bar, too).

Nightclubs and raucous nightlife aren’t really the vibe in this part of town, making small neighborhood bars in Far North Dallas more the norm. Rack Daddy’s, The Hideaway, and TNT Sports Page each welcome locals for casual fun from happy hour to last call. However, right at the eastern edge of Far North Dallas is Addison, which has tons of late-night party spots, including the Mucky Duck Bar, Addison Point, the Quarter Bar & Grill, the Londoner, and Pete’s Dueling Piano Bar for rowdy sing-alongs.

Shopping in Far North Dallas is a major draw for residents and people from all over Dallas-Fort Worth, thanks to Galleria Dallas, which opened in 1982. The three-story mall features everything from luxury brands like Gucci, Louis Vuitton, and Tiffany & Co. to popular department stores Nordstrom and Macy’s. There’s a Gap Inc. anchor with an Old Navy, Gap, and Banana Republic, each taking up their own entire level. Several dining options, mainly casual, can be found throughout the sprawling complex that also includes The Westin Galleria. A huge section of land—primarily on Alpha Road—is where several major furniture stores have showrooms with options ranging from traditional to ultra-modern. Otherwise, the majority of retail businesses can be found in neighborhood strip centers with multiple tenants, from big-box chains to mom-and-pop boutiques.

Art lovers will feel right at home in Far North Dallas, where they can browse at The Warehouse, home to contemporary works. A large group of galleries, including Art Gallery Pure, Valley House Gallery, Martin Lawrence Galleries, Roughton Galleries, Preston Art, and Southwest Art Gallery, give you the option to purchase your favorite pieces, too. For performing arts, nearby Eisemann Center in Richardson hosts symphonies, touring musicals, comedians, and pretty much any other type of live act in its three separate performance spaces. And if you consider makeup (or multi-level marketing) an artform, a visit to the Mary Kay Museum is a must.

Numerous and vast greenspaces populate Far North Dallas with an array of activities to match. Hike Preston Ridge Trail or spend some leisure time at Bert Fields Park, Twin Lakes Park, and Hillcrest Park, each popular with locals. Fretz Park has its own Tennis Center and well-appointed Cove Aquatic Center, both open to the public. Katie Jackson Park spreads out over 45 acres with biking trails, White Rock Creek flowing gently at its eastern edge, plus Guitar Gulch and Enchanted Art Forest for hiking. At the northernmost point, your pooches will love spending time at Wagging Tail Dog Park.

Inside the three-story Galleria Dallas, you can ice skate year-round (it’s always novel to do in shorts and t-shirts), as well as experience the largest indoor Christmas tree in the United States during the holiday season. Other recreational activities that require some level of skill include pretty much everything at Adventure Landing: miniature golf, go-karts, laser tag, arcade, batting cages, and bumper boats. The same goes for the Sportsplex, an enormous sports training facility including regulation basketball courts, batting cages, and a well-equipped gym.

The closest colleges and universities to the Far North Dallas area include Dallas Baptist University North and the University of Texas at Dallas. The two higher education institutions are mainly commuter campuses, making the neighborhood a popular place for students to find apartments that are in their price range and close to school. Even students at farther-away North Lake College, Southern Methodist University, and the Downtown Dallas branches of the Dallas College system, the University of North Texas, and Texas A&M University may choose Far North Dallas to live due to more affordable rentals.