What is a Studio Apartment? The Definition, Pros & Cons | ApartmentAdvisor 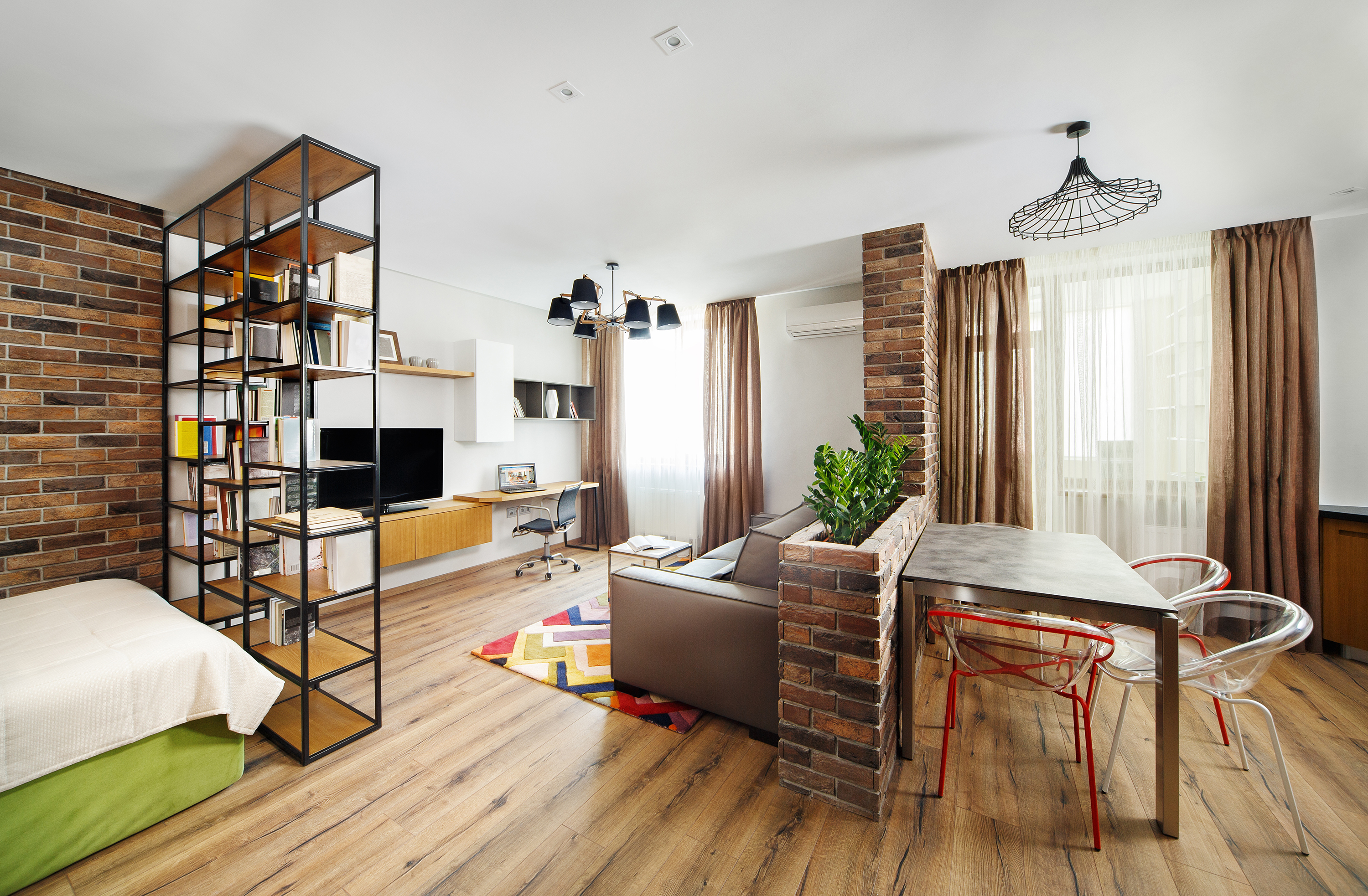 What is a Studio Apartment? The Definition, Pros & Cons

If you're searching for an apartment on a budget, especially in a city with high apartment prices, you may want to consider renting a studio apartment. In this article, we answer the question what is a studio apartment and explain how it compares to a one-bedroom, a loft, and more.

The Definition of a Studio Apartment

The answer to the question what is a studio apartment comes down to the number of rooms, or lack thereof. Studio apartments include only one room, plus a bathroom (and a closet if you're lucky). There's no separate bedroom, kitchen, or kitchenette in a studio. Instead, a studio is a single room with a kitchen area along a wall incorporated into the main living space.

Thankfully, studios do include a separate bathroom. With only one living space, it should come as no surprise that studio apartments tend to be on the smaller side. A studio apartments' average size is approximately 600 square feet. For the sake of comparison, that's roughly the same size as a three-car garage. Note that in some crowded cities such as New York City, the square footage can be as small as 200 square feet in a studio apartment.

What is an Alcove Studio vs. an L-Shaped Studio?

Studio apartments feature floor plans that include one room serving as the bedroom, living room, and kitchen area. The floor plans can vary depending on the building's age and architecture. Studios in newer apartment buildings may feature larger closets or kitchen areas.

Regardless of the age of the building, not all studio floor plans are in the shape of a square or rectangle, which can be beneficial if you're looking for the illusion of separation. For example, the floor plan might be an L-shape or have an alcove. An L-shaped or alcove floor plan allows tenants to put their bed in a separate area that "feels" like it's away from the main living space.

What is a Loft Apartment vs. a Studio?

What is a Studio Apartment vs. a One-Bedroom?

What is a Studio Apartment vs. a Micro Apartment?

What is a Studio Apartment vs. an Efficiency Apartment?

What to Look for in a Studio Apartment

While small-space living can be appealing, here are some things to consider when choosing a studio apartment:

The Pros of Living in a Studio

Fans of the tiny house movement made popular by home magazines and tv shows know that there are benefits to living in a small space like a studio apartment. Here are just a few of the pros of living in a studio:

The Cons of Living in a Studio

If you subscribe to the idea that you should keep your bedroom a sanctuary reserved only for sleep, studio living may not be for you. Here are a few cons of studio life:

Tips for Setting Up Your Studio Apartment

There are plenty of clever ways to create separation within your studio. Here are some tips on how to furnish open spaces and make distinct living areas within small spaces:

Now that you know the difference between a traditionally shaped studio apartment, an L-shaped studio, an alcove studio, one with a loft, and other types of small rental options, apartment hunting should be a lot simpler. As you embark on your studio apartment search, be sure to check out our Apartment Tour Checklist highlighting the 16 things to look for in your next rental.